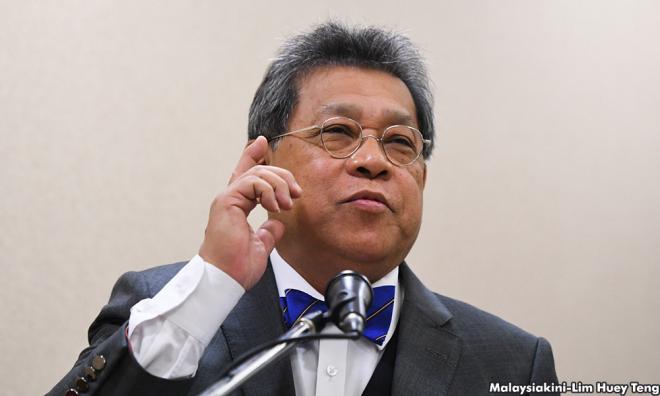 Claims by certain quarters that Sabah's rights are not fully executed under the 1963 Malaysia Agreement (MA63) are empty political rhetoric to incite anger and hatred among the people in Sabah, said Dewan Rakyat speaker Pandikar Amin Mulia.

They might not have a better understanding of the nation’s formation history, he noted.

In fact, Pandikar said the emergence of documents in relation to the history of Malaysia's formation, such as the 20-Point Memorandum and the Cobbold Commission Report, led people to believe that some of the demands outlined in MA63 were not met.

"These documents merely contained recommendations (in forming Malaysia) and negotiations following various meetings at that time. They are not legally binding agreements.

"The only legally binding agreement is the MA63, which gives effect to all those recommendations made by those documents.

"There is a string of historical events leading to Malaysia’s formation that cannot be separated...you must look into the total spirit of the MA63 and why it was done in such a way," he told reporters after speaking at a public forum on the MA63, organised by the Organisation of Combined Development Ideas Sabah today.

Pandikar, who recently published a book on MA63 titled “Berpisah Tiada” (No Break-up), urged the public to understand the agreement and its history before prompting ideas that could cause harm to an already peaceful and harmonious nation.

He also referred to Sabah secessionist and instigator of the Sabah Sarawak Keluar Malaysia movement, Doris Jones, and questioned her actions in rallying support among the people in Sabah and Sarawak into leaving the Malaysian federation.

He noted that those who shared similar sentiments with Jones did not make up the majority of the people in Sabah and Sarawak.

Pandikar rebuked claims that the federal government was not bringing progress to the people, including in the two states.

"We are going to have the Pan Borneo Highway, like the North-South Expressway from Perlis to Johor. And now, we want to build a bridge (linking Labuan and Menumbok, about 155km from here).