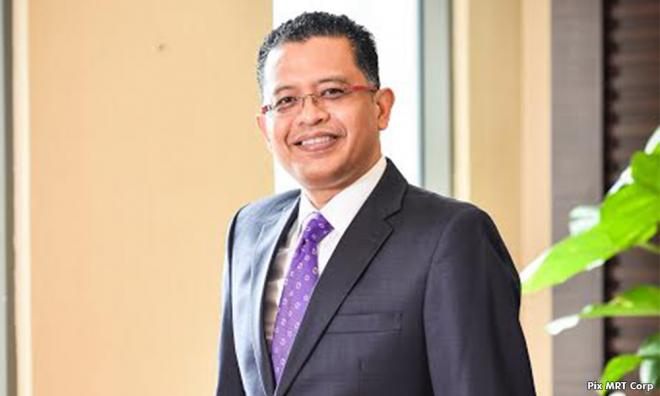 MRT3 model switch to turnkey to save costs

He said this would enable MRT Corp to seek the best financing option as 80 percent of the works entailed boring and tunnelling works which would cost a lot of money.

“If we have the opportunity to save the rakyat’s money, saving its costs by using this method, why not? We must do better than Line 1 and 2.

“At the end of the day, it is about project delivery and efficiency, and lowering boring cost, I think most of us would want to have this at the right cost,” he told reporters during a briefing on MRT Line 3 updates in Kuala Lumpur today.

Shahril said the turnkey contractor would be selected through an open-tender system for which bidding would start from Wednesday (tender briefing) until Dec 25 and the successful bidder would be known by mid-February next year.

In order to qualify and participate in the tender process, MRT Corp said prospective applicants must meet the minimum financial capacity of having a paid-up capital and a shareholder’s fund of not less than RM5 billion.

As for the financing proposal, MRT Corp said it should include a minimum financing period of 30 years and moratorium period of eight years, while the margin of financing must not be less than 90 percent of the expected total project cost.

Shahril cited Hanoi, Jakarta and New Delhi as among cities that had used the turnkey financing concept in rail construction which turned out to be great.

He said the project delivery structure would not put Malaysian companies at a disadvantage as many of them have the capability to handle the works and arrange for financing.

Local civil infrastructure companies can bid for the turnkey contract by forming a consortium or a joint venture with foreign players who have the technical expertise, Shahril added.

“I also would like to stress that this new financing model is an option which we are providing the market. If the financing terms which the tenderers present are all not competitive, we still have the right to go back to Danalnfra to seek funding for the project,” he said.

In a tender notice released early this month, MRT Corp said Line 3 is expected to span 40km, stretching 30km underground with a total of 26 stations.

Research house CIMB Equities Research had in September forecast the project would cost between RM35 billion and RM40 billion.

Meanwhile, Shahril said he expected the proposed MRT3 railway scheme would be approved by the Land Public Transport Commission by December 2018 and construction works could start as early as the third quarter of 2019.

He said MRT Corp has set two milestones for the construction of Line 3. The first phase is expected to be completed by end of 2025 and the second phase end of 2026.

The MRT3 project, also called the Klang Valley Circle Line, is a rail line aimed to connect and integrate with the existing MRT1 Sungai Buloh-Kajang Line, MRT2 Sungai Buloh-Serdang-Putrajaya Line which is currently being built, as well as other light rail transit and monorail systems.