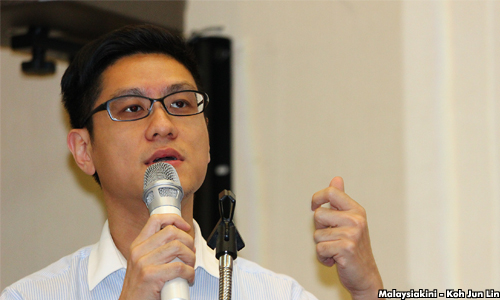 In a statement today, Zairil said Putrajaya had used English extensively, inventing terms such as "Government Transformation Programme" and "Urban Transformation Centre," when Malay terms would have sufficed.

"On one hand, the government has the 'Bahasa jiwa bangsa' (language is the soul of the nation) slogan. It has put pressure on traders and youths for using broken Malay.

"On the other hand, the government is emphasising English and is marginalising the Malay language gradually.

"Who popularised the term 'bajet' when the word 'belanjawan' already exists?" questioned Zairil, who is also DAP's spokesperson on education, science and technology.

Zairil was commenting on reports that plans are underway to amend laws to allow DBP to issue a maximum RM1,000 fine for improper use of the Malay language, especially by online traders.

The lawmaker said that while he supported efforts to improve the command of the Malay language by Malaysians, he questioned if the users of regional dialects will fall under DBP's radar.

"What about those who don't use 'Melayu baku', such as the people in Kedah, Kelantan and Penang? Will (these dialects) be considered a violation?" he asked.