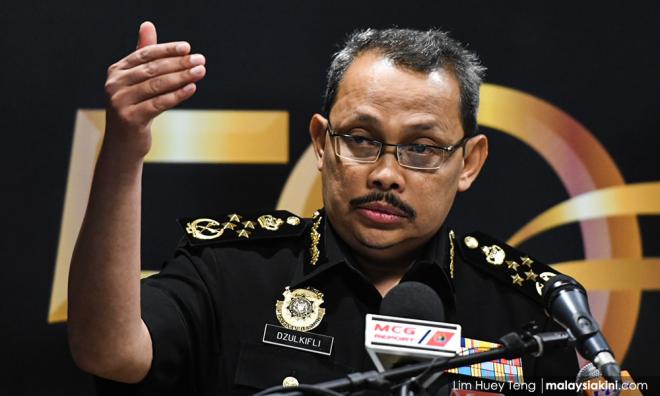 Inspector-general of police Mohamad Fuzi Harun said police will summon him "anytime" to give a statement.

This followed the return of police investigation papers on the matter from the Attorney-General's Chambers (AGC).

"We have sent (the papers) three times. Now we have to investigate again after receiving instructions," Fuzi was quoted as saying by BN Backbenchers Council (BNBBC) portal.

The extramarital affair allegation concerning Dzulkifli had first emerged in a video on social media.

A businessperson had lodged a police report over the video, urging an investigation. The AGC had set up a special task force to monitor the probe.

It is considered an offence under Malaysian law to entice a married woman.