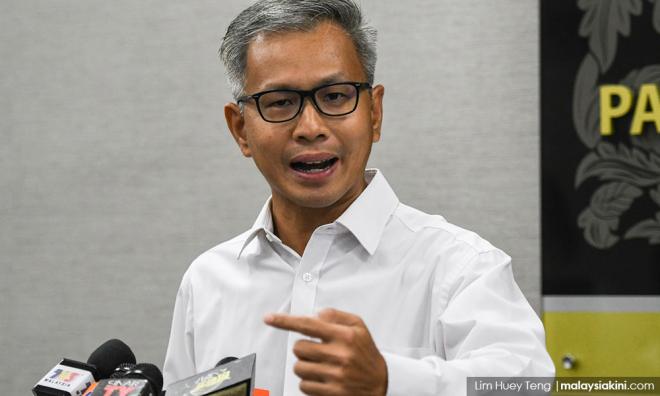 "Due to the size of these 1MDB-related projects, they will certainly exacerbate the property over-supply situation in the Klang Valley and effectively blunt the effectiveness of the cabinet decision to ban high-end development projects.

"More critically, if the 486-acre Bandar Malaysia and the 70-acre TRX projects receive automatic exemptions from the ban, how is that fair to the rest of the property development industry in the country?" Pua asked in a statement today.

Over the last weekend, it was revealed that cabinet had ordered a freeze on luxury developments, including shopping malls and condominiums above RM1 million.

However, when asked how this would affect Bandar Malaysia, Kuala Lumpur mayor Mohd Amin Nordin Abd Aziz told Malaysiakini yesterday that there were exceptions to the ban.

"On certain developments, it can be approved,” the mayor said.

Pua said this showed the freeze was "hare-brained" and would fail to solve the supply-demand imbalance for property that it sought to correct.

"Worse, the investment and business community will only see the inconsistency and unfair policies imposed by the government.

"Can they be blamed if both the domestic and foreign investors take their money and invest in other countries (instead of here)?" he asked.

In its quarterly bulletin published on Nov 17, Bank Negara said Malaysia’s property market is facing an oversupply of non-affordable homes and idle commercial space, while demand for affordable housing is not being met.

"This situation could worsen if the current supply-demand conditions persist. Within the country, Johor is poised to have the largest property market imbalances (highest number of unsold residential properties and potentially the largest excess supply of retail space).

"As such, it is timely for all parties to act now to mitigate any potential risks to macroeconomic and financial stability," the central bank said.