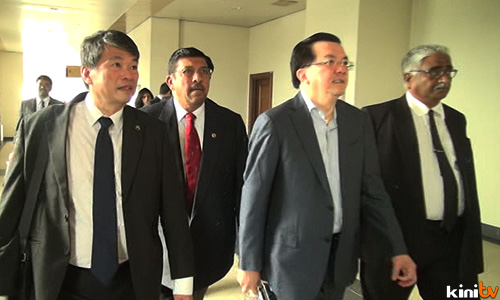 The chief executive of Malaysian rubber glove maker Supermax Corp Bhd has been found guilty of insider trading offences, relating to when he was CEO of another company, and has been sentenced to five years in jail, the Securities Commission Malaysia said in a statement on Friday.

However, Supermax said the court has granted a stay of execution and an appeal has been filed against the conviction and sentence.

The company said it was business as usual and "the position of the business remains intact".

Stanley Thai Kim Sim was sentenced to five years in jail and fined RM5 million for communicating non-public information about APL Industries Bhd (APLI) in 2007, when he was APLI's chief executive.

Tiong was convicted on two counts of disposing of a total of 6.2 million APLI shares while in possession of the same non-public information via accounts belonging to his mother-in-law and his mother, the Commission said.

The insider information related to the audit adjustments proposed by APLI's auditors, resulting in APLI reporting a higher loss for the 2007 financial year. APLI was subsequently classified as a financially distressed company due to the adjustments, the Commission said.

Insider trading offences carry a mandatory punishment of imprisonment not exceeding 10 years and a fine of not less than RM1 million in Malaysia.