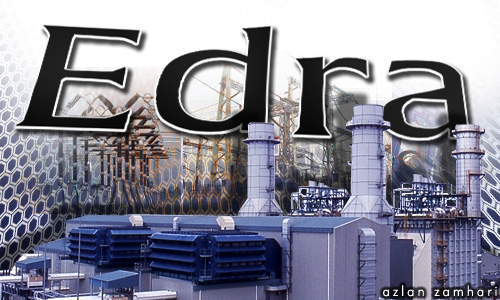 Fion Chan, vice-president ii of corporate finance and special officer, said Edra was working towards a financial close by year-end to meet the deadline set under its power purchase agreement with Tenaga Nasional Bhd (TNB).

TNB is the sole customer of the gas-powered plant to be built in Alor Gajah, Malacca and due for commercial operations in 2021.

"We have already launched our information memorandum with the Securities Commission and made our investors' presentation. The investors we are targeting at are big names like Employees Provident Fund, Kumpulan Wang Amanah Pencen, insurance companies like AIA, and some fund managing companies. We are confident that we will be able to achieve the target set," she told Bernama.

Asked if Edra was looking only for local investors in the financing exercise, she said: "Because Malaysia's ringgit market is very liquid, we have enough ringgit to support the full project and so, we mainly focus on the local market, but of course, whoever is interested can come in and invest.”

Edra has appointed CIMB Investment Bank as the principal advisors, as well as lead manager along with Maybank and RHB Bank.

The RM5.28 billion from the sukuk or Islamic financing structure represents 80 per cent of the total project cost with the remaining 20 per cent or about RM1.4 billion coming from Edra as the equity.

"The reason why the company chose sukuk is because Malaysia wants to become the Islamic investment hub and because sukuk has a very long tenure compared with the commercial loan arrangement," Chan said.

She said that under sukuk, the draw down time was between four to 20 years and this would be very good for power plant development that would also enable Edra to provide cheaper power to consumers.

"We have a AA3 rating for the sukuk which is the highest rating. That means the company's cash flow is very healthy. Having such a rating puts Edra on par with other peers in the market like the Jimah East Power plant and YTL," she added.

The next step is for Edra to embark on a new corporate exercise in order to provide more shares for the company to go further in Malaysia and around the world.

"We anticipate this corporate exercise, which we expect to complete prior to middle of next year, will garner support from the local and foreign investors who can then participate in the expansion of Edra across Asia, the Middle Wast, as well as Africa," Chong said.