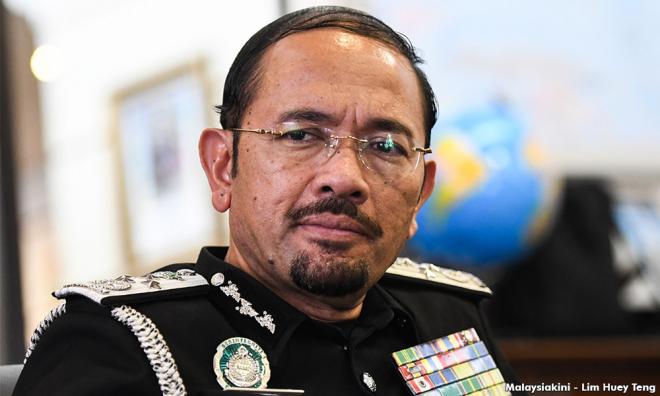 The Immigration Department is in the midst of setting up a special task force to probe into the seizure of RM13.04 million during a raid in Sabah yesterday, says director-general Mustafar Ali.

He said the team from the headquarters would coordinate the joint investigation with the Sabah Immigration Department to ensure a thorough probe into the case.

“The money was found when (a team from) the Sabah Immigration Department raided a hotel in Kota Kinabalu in an operation, dubbed “Ops Gegar”... at first, they detained 21 people before discovering RM11.88 million there.

“Further investigation led to the discovery of another RM1.16 million at a nearby apartment,” he told reporters after a passing-out parade of Grade KP19 Immigration Officers of the 4/2017 Series at the Malaysian Immigration Academy in Port Dickson today.

Elaborating, Mustafar said the raiding team also detained 17 Filipinas - from teenagers to those in their 30s - who were believed to have been forced into a prostitution ring which was masterminded by three local men.

The cases were being investigated under the Criminal Procedure Code, Immigration Act as well as the Anti-Money Laundering, Anti-Terrorism Financing and Proceeds of Unlawful Activities Act 2001, he added.

Meanwhile, Mustafar said the plan to set up the Immigration Department’s uniformed unit in schools was still at discussion level.

“The establishment of the unit is not simple as it requires specific funds and training for the participating teachers and students.

“In addition to the setting up of the unit, we can also come up with something that the police have done, such as the use of smartphones to report to the Immigration Department of any suspicious activity involving immigrants,” he said.