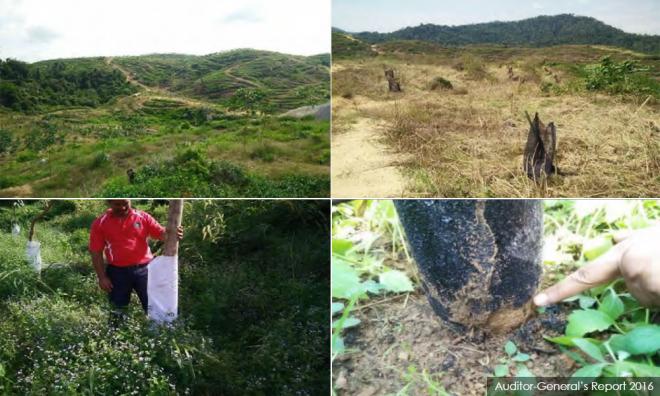 Cost of 'Ladang Sejahtera' projects hiked by more than 100pct

AUDIT REPORT | The cost to build several "Ladang Sejahtera" projects under the Rural and Regional Development Ministry has ballooned by more than 100 percent.

For example, the cost to build the Ganda Ladang Sejahtera project in Perak had ballooned by 267.3 percent or RM33.01 million from the initial development cost of RM12.35 million.

As for the Chemomoi Ladang Sejahtera project in Pahang, the development cost had increased by 158.9 percent to RM14.13 million from the initial cost of RM8.89 million.

The second series of the 2016 Auditor-General's Report said the cost had ballooned due to the death of trees caused by the unsuitable type of soil, pests and soil erosion...