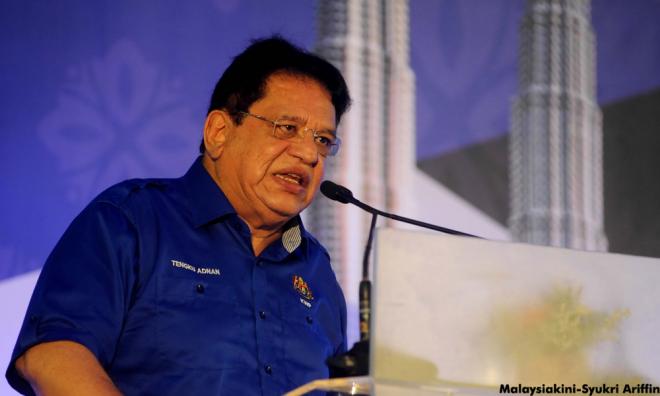 "I apologise if I have hurt anyone who felt hurt by what I have said," said Tengku Adnan.

He spoke to reporters after meeting the UiTM Alumni Association head Mohd Zaini Hassan and several alumni members at the Umno headquarters in PWTC today.

Tengku Adnan, who is Umno secretary-general, said his controversial remark was aimed at motivating students and reminding them of Umno's successes over the past 60 years...