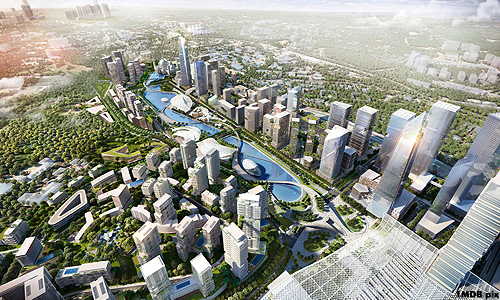 An opposition lawmaker today questioned whether the government has really yet to receive any firm bids to acquire and develop the Bandar Malaysia project.

In a statement, Petaling Jaya Utara MP Tony Pua said the question was raised based on treasurer-general Irwan Serigar’s "continued stalling" over the decision to appoint the master developer for Bandar Malaysia, more than four months after the final decision was supposed to have been made.

"It has now become quite obvious that since June this year, the only progress we have made is that purportedly, six to eight companies have expressed interest in Bandar Malaysia, despite a decision which was to be made by July 14," Pua said in quoting Irwan's previous statements on the project's status.

"We call upon Tan Sri Irwan Serigar to confirm if, in fact, there have been no firm bids tabled by any so-called Fortune 500 company to acquire and develop Bandar Malaysia, especially not at the astronomical price demanded by the Ministry of Finance," he stressed.

Pua was responding to Irwan, who said yesterday that "the time will come" for a press conference on the Bandar Malaysia master developer...