Why replace local textbooks with textbooks designed for Spanish students?

MP SPEAKS | Last week, I highlighted the sudden decision of the Education Ministry (MOE) to replace local KSSR and KSSM English Language textbooks for standard 1 and form 1 with new “imported” books, namely "Super Minds" for standard 1 and "Pulse 2" for form 1.

This purchase, which was not conducted via open tender, is estimated to cost MOE RM33 million, on top of RM7.1 million already spent earlier this year to purchase the local textbooks.

Besides the questionable procurement process, I also raised concerns about the suitability of the content in the foreign books, as all their references are related to European and western culture with zero local content.

While this in itself is not a problem, unfortunately, there are specific examples of exercises that require students to have an understanding of the foreign references, such as describing an Amish teenager’s visit to London (Pulse 2, page 75) or volunteering themselves at Dartmoor National Park (page 48). One instruction in the book even requires students to watch a programme on Channel 4, which is a UK TV station unavailable in Malaysia.

Upon closer inspection of Pulse 2 textbook for form 1 students, it would appear that this publication by Macmillan is actually designed for Spanish students. For example, on page 8, exercise 5 asks students what the Spanish word for “poster” is. The answer is “cartel”.

A second question asks students: “How do you say ‘lápiz’ in English?” The answer is “pencil”, but how would any Malaysian student answer any of these questions unless they have exposure to the Spanish language?

It is clear that this textbook was designed for students in Spain. In fact, the local Malaysian publisher, Kumpulan Desa Fikir, had inadvertently forgotten to replace the caption “Printed and bound in Spain by Edelvives” on the last page of the book, which is clearly erroneous when the books were actually printed locally by BHS Book Printing in Cheras. 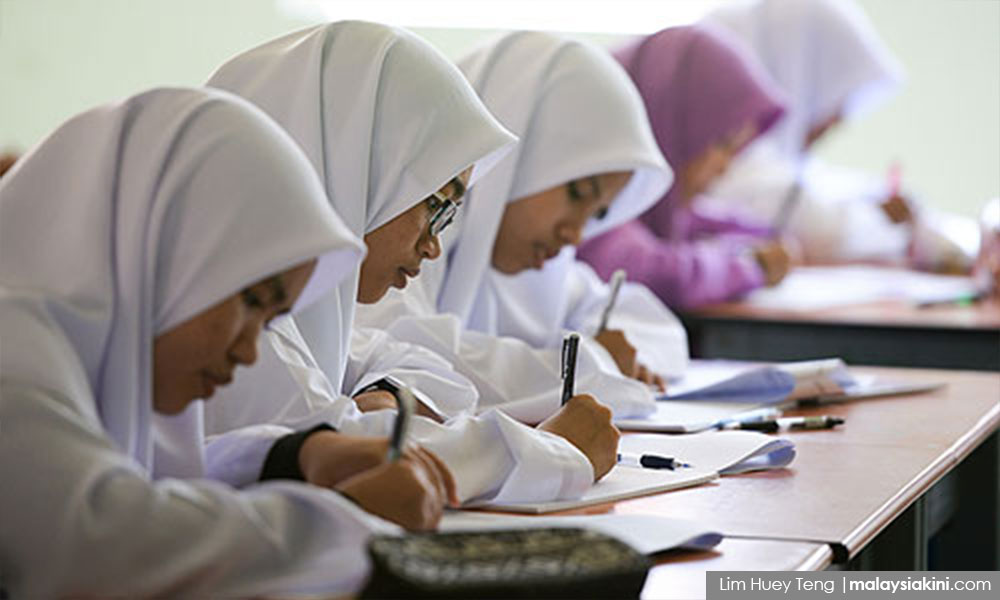 What is the problem with local textbooks?

In contrast, the local KSSM textbook was clearly designed for Malaysian students, highlighting local heritage such as the Kuala Gula Bird Sanctuary (English Form 1, page 131). The KSSM textbook also balances local content with foreign literary elements such as The Good Earth by Pearl S Buck, Merchant of Venice by William Shakespeare, as well as haiku and acrostic poems.

If the reason why the KSSM textbooks were replaced is due to its non-compliance with the Common European Framework of Reference for Language (CEFR) that MOE has now adopted as the baseline curriculum, then why was an open tender not conducted for textbooks that qualify?

I am sure even local publishers are able to update their content to meet requirements. Instead, the “imported” textbooks were purchased without any transparency.

ZAIRIL KHIR JOHARI is the MP for Bukit Bendera and DAP parliamentary spokesperson for education, science and technology.