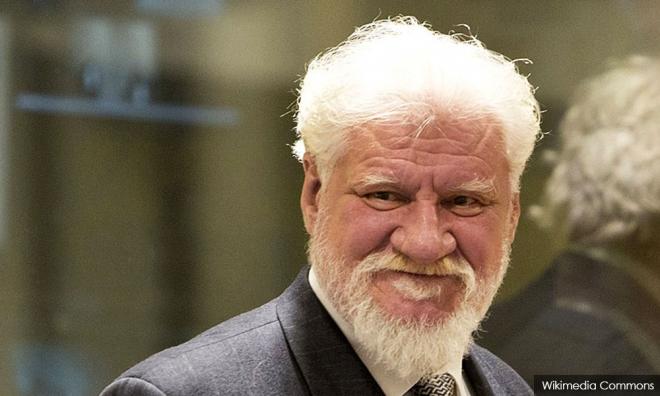 A former Bosnian Croat military commander swallowed what he said was poison in a UN war crimes courtroom on Wednesday and died shortly after losing an appeal against his 20-year prison term.

Slobodan Praljak’s apparent courtroom suicide, which was broadcast on a video feed, came in the final minutes of the last judgment at the International Criminal Tribunal for the Former Yugoslavia, which closes next month after 24 years.

The white-bearded Praljak, 72, was taken to hospital after drinking from a flask or glass as an ICTY judge read out appeals rulings against him and five other convicted Bosnian Croat war criminals, tribunal spokesman Nenad Golcevski said. 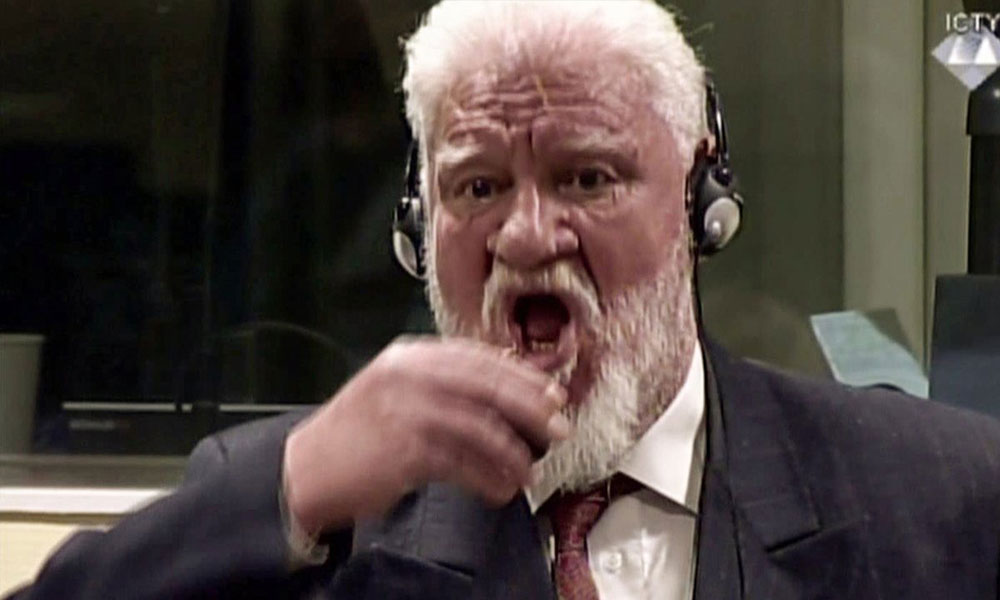 “I just drank poison,” the ex-general told the stunned court. “I am not a war criminal. I oppose this conviction.” After gulping down the drink, he sat back down and slumped in his chair, said a lawyer who was in the courtroom at the time.

“Praljak drank a liquid in court and quickly fell ill,” Golcevski said. He was treated by tribunal medical staff, but “passed away today at the HMC hospital in The Hague”, he said.

Presiding Judge Carmel Agius hastily suspended the hearings and the courtroom was declared a crime scene by Dutch authorities. As a forensic investigation got under way, the chamber was sealed off and the public told to leave.

“Don’t take away the glass!” Agius said, instructing the guards to lower blinds and block a glass-partition separating the court from the public.

In the chaotic moments that followed, guards and paramedics raced in and out of the courtroom, and ambulances sped away.

Croatian Prime Minister Andrej Plenkovic, whose country was the patron of separatist Croat forces in Bosnia’s 1992-95 war, said he regretted Praljak’s death and offered condolences to his family. “His act tells the most about deep ethical injustice toward the six Bosnian Croats and the Croatian people.”

The ICTY upheld on appeal Praljak’s conviction on charges of crimes against humanity over persecution, murders and expulsions of Bosnian Muslims from territory captured by nationalist Bosnian Croats and the brutal imprisonment of 1,000 Muslims. 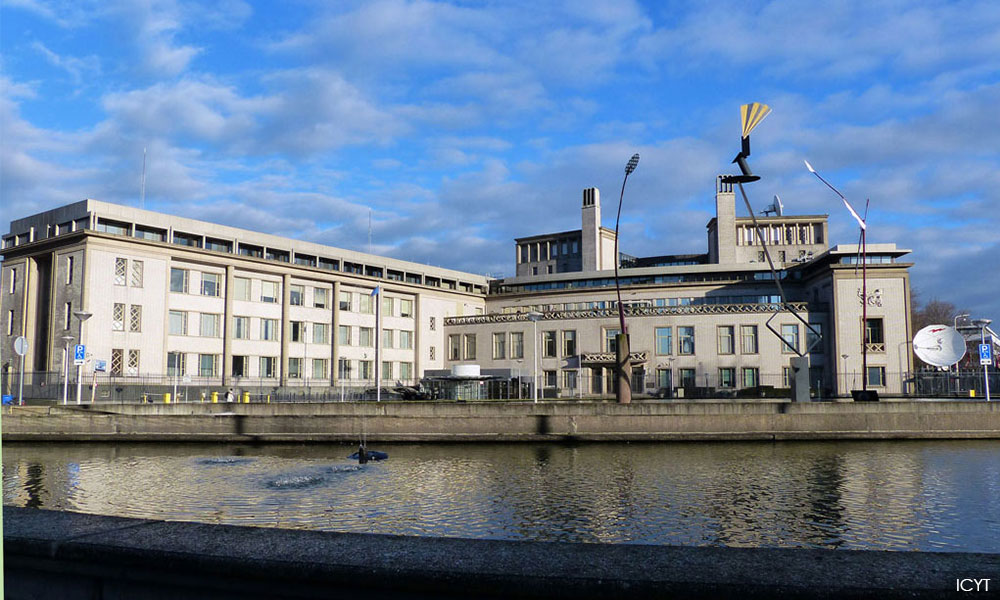 A reading of the judgment, which was also ruling on appeals against convictions and sentences against five other Bosnian Croat convicts, resumed more than two hours after Praljak drank the apparent poison.

The incident upstaged the appeals rulings, which were important for Croatia - it suspended a session of parliament so lawmakers could follow the hearing.

In the southern Bosnian town of Mostar, where Bosnian Croats and Muslims fought each other in the war and now co-exist in an uneasy peace, cafes closed to avoid incidents.

Praljak was acquitted of some charges of wanton destruction related to the Bosnian Croat militia’s shelling of Mostar’s iconic, Ottoman-era Old Bridge because the judges ruled that it had been a legitimate military target.

About a thousand Bosnian Croats gathered in a Mostar square late on Wednesday to light candles in support of Praljak. A mass in his honour was held in a packed Catholic cathedral, where churchgoers draped themselves in Croatian flags.

“I came here to support our generals and pay respect to General Praljak who could not bear injustice and made his final verdict. He is our pride and hero,” said Darko Drmac, a Bosnian Croat war veteran.

Fikret Kurtic, a Mostar Muslim who was detained in a Croat-run detention center during the war, said the verdict could not change the past but ”may serve as an example for others in this divided country that crimes cannot go unpunished.”

Kasim Brkovic, an unemployed Bosnian Muslim war veteran and former prisoner, said: ”The same people are in power today and we still live in a camp, it’s just they don’t beat us anymore.”

‘Not a war criminal’

The ICTY also upheld the convictions of Jadranko Prlic, former political leader of the breakaway Bosnian Croat statelet during the war, along with military and police figures Bruno Stojic, Milivoj Petrovic, Valentin Coric and Berislav Pusic. 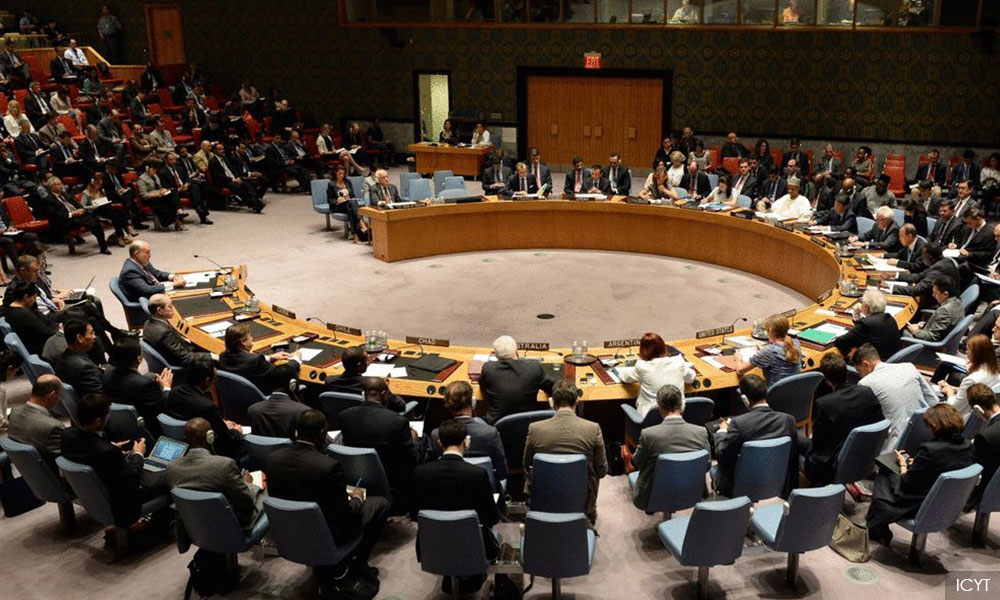 Judges ruled there had been a criminal conspiracy, with the involvement of Croatia’s government under then-President Franjo Tudjman - who died in 1999 - aimed at the “ethnic cleansing of the Muslim population” of parts of Bosnia to cement Croat domination there.

The defendants on Wednesday received sentences ranging from 10 to 25 years. The decision cannot be appealed.

The chairman of post-war Bosnia’s shaky, Muslim-Serb-Croat presidency, Dragan Covic, a Croat, said: “(Praljak) showed before the whole world what kind of sacrifice he is ready to make to prove that he is not a war criminal.”