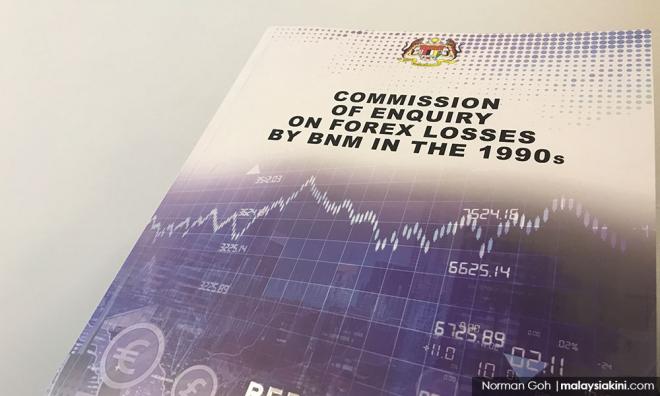 FOREX RCI | Bank Negara's foreign exchange activities between 1980s and 1993 were "excessive" and "speculative," said the Royal Commission of Inquiry (RCI) on the forex scandal.

These activities also contravened the Central Bank Ordinance 1958, said the RCI's report, which was released today.

"The losses had deprived the country's economy of significant development (opportunities) and impaired Bank Negara's ability in fulfilling its role as a central bank.

"Therefore, the forex losses had a substantial impact on the country's economy," read the report.

The RCI said that there was evidence that Bank Negara once engaged in voluminous speculative trading activities for profit, sometimes up to US$1 billion in a single day...