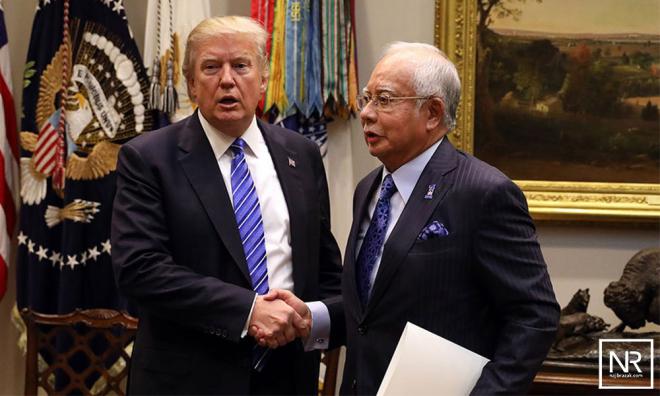 Opposition leader Dr Wan Azizah Wan Ismail said Putrajaya should respond with nothing less than a condemnation of the US for ignoring the pleas of Palestinians to have Jerusalem as the capital of a future Palestinian state.

"Najib should immediately reach out to his 'good friend' Trump to state Malaysia's protest on record," Wan Azizah said in a statement today.

She also proposed that an emergency Dewan Rakyat session be held to debate an emergency motion on the matter.

Earlier today, Trump made good his election pledge to recognise Jerusalem as the capital of Israel.

This meant the beginning of the relocation of the US Embassy in Tel Aviv to the restive Jerusalem.

Israel has occupied the west side of the ancient city since the conclusion of the 1948 Arab-Israeli war.

World leaders have warned that the Jerusalem move was bound to inflame the entire Muslim world, who view Jerusalem as the territory belonging to the Palestinians.

Meanwhile, Terengganu Amanah leader Raja Kamarul Bahrin Shah Raja Ahmad said Najib risked his credentials as a leader in the Muslim world if he did not act against Trump.

"His silence speaks louder than words. He appears to be prioritising his personal relationship with Trump, instead of using it for the interest of Muslims.

"This is a man who protects his own interest and not a Muslim leader who will sacrifice himself for his brethren," Kamarul Bahrin said in a statement today.