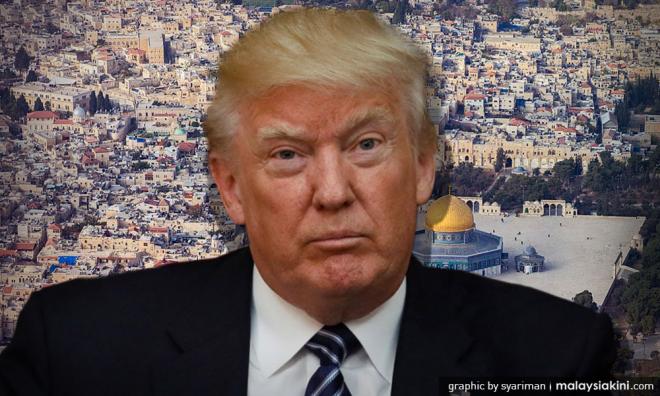 Arabs and Muslims across the Middle East on Wednesday condemned the US recognition of Jerusalem as Israel's capital as an incendiary move in a volatile region and Palestinians said Washington was abandoning its leading role as a peace mediator.

The European Union and United Nations also voiced alarm at US President Donald Trump's decision to move the U.S. Embassy in Israel to Jerusalem and its repercussions for any chances of reviving Israeli-Palestinian peacemaking.

Major US allies came out against Trump's reversal of decades of US and broad international policy on Jerusalem. France rejected the "unilateral" decision while appealing for calm in the region. Britain said the move would not help peace efforts and Jerusalem should ultimately be shared by Israel and a future Palestinian state. Germany said Jerusalem's status could only be resolved on the basis of a two-state solution.

Israel, by contrast, applauded Trump's move. Prime Minister Benjamin Netanyahu said in a pre-recorded video message that it was "an important step towards peace" and it was "our goal from Israel's first day". 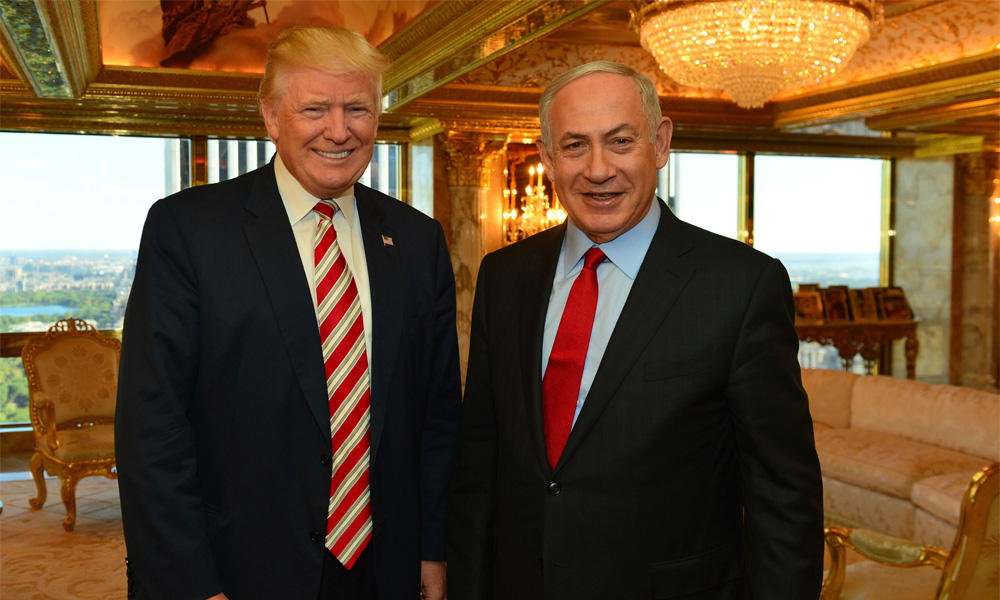 He added that any peace accord with the Palestinians would have to include Jerusalem as Israel's capital and he urged other countries to follow Trump's example.

Trump upended decades of US policy in defiance of warnings from around the world that the gesture risks aggravating conflict in the tinderbox Middle East.

The status of Jerusalem is home to sites holy to the Muslim, Jewish and Christian faiths. Its eastern sector was captured by Israel in a 1967 war and annexed in a move not recognised internationally. Palestinians claim East Jerusalem for the capital of an independent state they seek.

Israel deems Jerusalem its eternal and indivisible capital dating to antiquity, and its status is one of the thorniest barriers to a lasting Israeli-Palestinian peace.

Palestinian President Mahmoud Abbas, in a pre-recorded speech, said Jerusalem was the "eternal capital of the State of Palestine" and that Trump's move was "tantamount to the United States abdicating its role as a peace mediator."

The last round of US-brokered talks foundered in 2014 over issues including Israeli settlement expansion in the occupied West Bank and Israeli accusations of Palestinian incitement to violence and refusal to recognise it as a Jewish state.

The Palestinian Islamist group Hamas, which has dominated Gaza since soon after Israel ended a 38-year occupation in 2005, said Trump had committed a "flagrant aggression against the Palestinian people".

Hamas urged Arabs and Muslims to "undermine US interests in the region" and to "shun Israel".

Protests broke out in parts of Jordan's capital Amman inhabited by Palestinian refugees, with youths chanting anti-American slogans. In the Baqaa refugee camp on Amman's outskirts, hundreds roamed the streets denouncing Trump and urging Jordan to scrap its 1994 peace treaty with Israel. "Down with America...America is the mother of terror," they chanted.

Angry Palestinians switched off Christmas lights at Jesus' traditional birthplace in the west bank town of Bethlehem and in Ramallah. A tree adorned with lights outside Bethlehem's Church of the Nativity, where Christians believe Jesus was born, and another in Ramallah, next to the grave of Palestinian leader Yasser Arafat, were plunged into darkness.

All Palestinian factions called for a general strike and protest rallies at midday on Thursday.

The Saudi Royal Court issued a statement saying that the kingdom followed "with deep sorrow" Trump's decision and warned of "dangerous consequences of moving the US Embassy to Jerusalem".

The statement described the move as "a big step back in efforts to advance the peace process", and urged the U.S. administration to reverse its decision and adhere to
international will.

Egypt, which forged the first Arab peace deal with Israel in 1979, brushed off Trump's decision and said it did not change Jerusalem's disputed legal status.

Lebanese President Michel Aoun said Trump's Jerusalem decision was dangerous and threatened the credibility of the United States as a broker of Middle East peace. He said the move would put back the peace process by decades and threatened regional stability and perhaps global stability.

Qatar's foreign minister, Sheikh Mohammed Abdulrahman al-Thani, said Trump's undertaking was a "death sentence for all who seek peace" and called it "a dangerous escalation".

"We call upon the US administration to reconsider this faulty decision which may result in highly negative outcomes and to avoid uncalculated steps that will harm the multicultural identity and historical status of Jerusalem," the Turkish foreign ministry said in a statement. 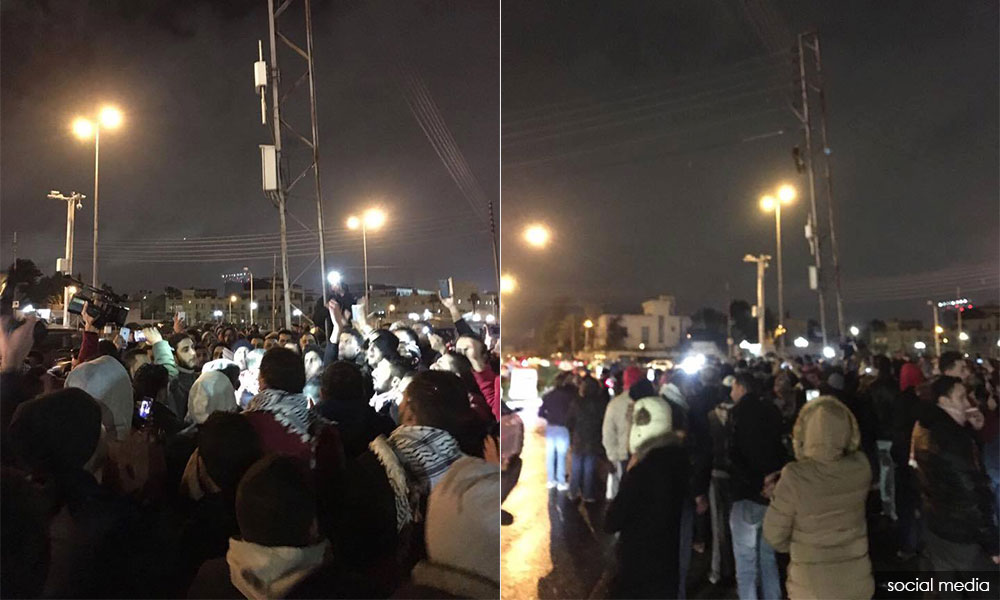 A few hundred protesters gathered outside the US consulate in Istanbul, a Reuters cameraperson at the scene said. The protest was largely peaceful, though some of the demonstrators threw coins and other objects at the consulate.

Iran "seriously condemns" Trump's move as it violates UN resolutions on the Israel-Palestinian conflict, state media reported. Supreme Leader Ayatollah Ali Khamenei said earlier in the day that the United States was trying to destabilise the region and start a war to protect Israel's security.

In Southeast Asia, the leaders of Muslim-majority Indonesia and Malaysia denounced Trump's action.

"This can rock global security and stability," Indonesian President Joko Widodo, leader of the world's largest Muslim-majority nation, told a news conference in which he
called for the United States to reconsider its decision.

British Prime Minister Theresa May disagreed with Trump's embrace of Jerusalem as Israel's capital before a final-status agreement as this was unlikely to help nurture peace in the region, her spokesperson said.

However, May's spokesperson welcomed Trump's stated wish to end the conflict and his acknowledgment that the final status of Jerusalem, including boundaries within the city, must be subject to negotiations between Israelis and Palestinians.

"France and Europe are attached to a two-state solution - Israel and Palestine - living side by side in peace and security within recognised international borders with Jerusalem the capital of both states," he said.

"For now, I urge for calm and for everyone to be responsible. We must avoid at all costs avoid violence and foster dialogue," he said. 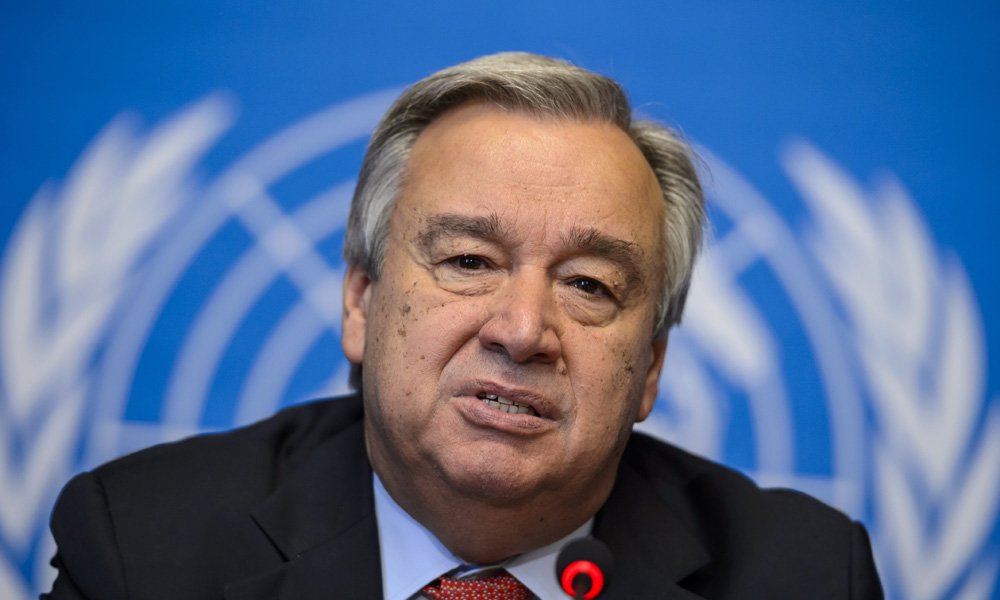 UN Secretary-General Antonio Guterres said there was no alternative to a two-state solution and Jerusalem was a final-status matter only to be settled through direct talks.

"I have consistently spoken out against any unilateral measures that would jeopardise the prospect of peace for Israelis and Palestinians," Guterres said. "I will do everything in my power to support the Israeli and Palestinian leaders to return to meaningful negotiations."