Commenting on Najib's proclamation that “Umno, God willing, would rule the nation for 1,000 years”, Lim said that this is not the mindset of a democrat.

“But (the mindset of) a Maharaja or Maharaja-wannabe,” he added in a statement this afternoon.

The DAP veteran said a democrat accepts the principle that the people are the final arbiters of which political party or coalition rules and accepts their verdict.

“The voters would not be threatened with chaos, unrest or whatever horrifying consequences if they vote for a change of government, nor would any government or party leader boast of ruling a country for a thousand years,” he added.

“I wonder whether Najib would call Hitler a democrat?” he asked.

Najib had mentioned his hope to see Umno thriving for centuries to come in his policy speech at the party's 71st annual general assembly at the Putra World Trade Centre (PWTC) in Kuala Lumpur this morning. 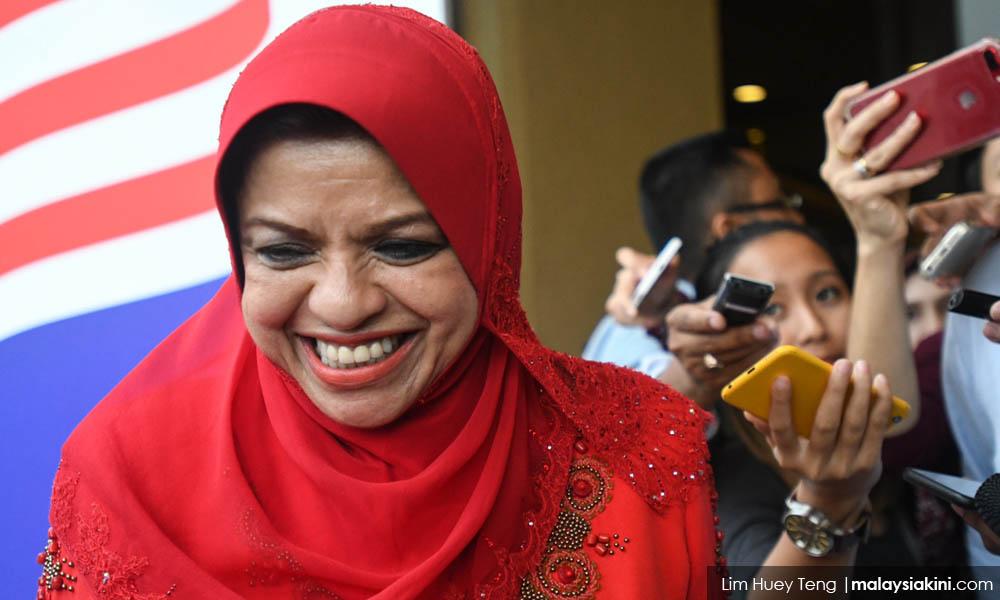 Like Shahrizat (photo), the Umno president's speech was also peppered with warnings for the Malay electorate about the opposition, especially the predominantly Chinese-DAP, coming to power.

The Wanita Umno chief had said that the coming general election would present the people with a choice between a leader with a “good record” such as Najib and “Maharaja Lim”, whereas Najib claimed that voters must pick a bright future with BN or a “dark road” under DAP.

However, Lim said the next election is a crucial test on whether Malaysia is capable of a becoming a normal democratic nation.

“Countries which are normal democratic countries, like in Europe, Australia, Canada, the United States, and in Asia, Japan, South Korea, Taiwan, India, Philippines and increasingly, Indonesia, everyone accepts the democratic principle that the government-of-the-day is decided through the ballot boxes.

“And there are no political leaders who aspire to become 'Maharajas' or 'Maharaja-wannabes' with thousand-year rule visions.

“Is Najib prepared to prove that he is a democrat by declaring that he would accept the democratic verdict of the people in the 14th general election and would peacefully hand over power if this is the decision of the Malaysian voters?” he asked.

Lim also raised the 1MDB issue, particularly US attorney-general Jeff Sessions' description of the scandal as “kleptocracy at its worst” during a conference in Washington DC on Monday, the eve of the Umno meet.

He said that despite this, no Umno leader or delegate was “sufficiently patriotic” to call on Umno to be in the forefront to take belated measures to clear and cleanse Malaysia's name.

Apart from this, the veteran politician recounted the words of Malaysia's founding father Tunku Abdul Rahman, who called on all “to work and strive with hand and brain to create a new nation, inspired by the ideals of justice and liberty – a beacon of light in a disturbed and distracted world”.

Lim asked if Malaysia has achieved this dream in the past six decades.