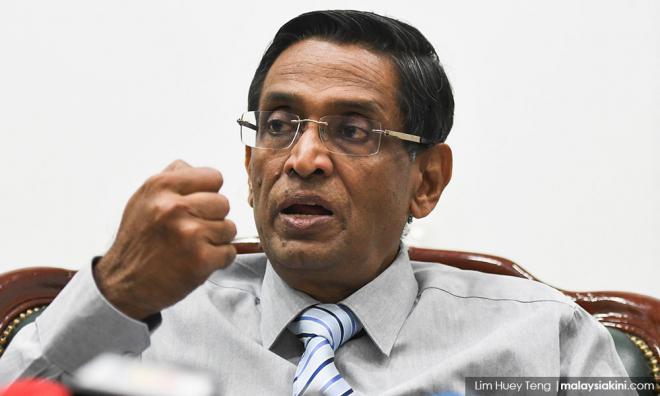 Subra: Malaysian Indian Blueprint must not be viewed negatively

The Malaysian Indian Blueprint (MIB) does not belong to the MIC or to the government, but the blueprint is the Indian community’s right and it should not be criticised with negative thoughts, MIC president Dr S Subramaniam said.

He called on the Indian community to have faith and be hopeful towards the blueprint, which was determined to improve and uplift the lives of the Indians.

“There are those with negative perceptions on the blueprint. These critics will only hinder the blueprint from becoming a success,” Subramaniam told the media after officiating the Indian Blueprint Town Hall session at the MIC headquarters in Kuala Lumpur last night.

“We also want to create a united Indian community, where Indians help other Indians to develop,” he said.

Commenting on suggestions given at the session, Subramaniam, who is also health minister, said efforts should be prioritised on improving quality Indians in every sector.

The session attended by some 800 MIC grassroots leaders and members discussed implementations in the MIB, such as citizen documentation, creating Indian entrepreneurs, increasing the percentage of Indian civil servants, improving the lives of those under the Bottom 40 (B40) groups and the development of Tamil schools, among others.

Subramaniam said MIC would have a meeting with the secretaries-general of the ministries relevant to the implementations in the MIB to discuss making the MIB a success in the next 10 years.