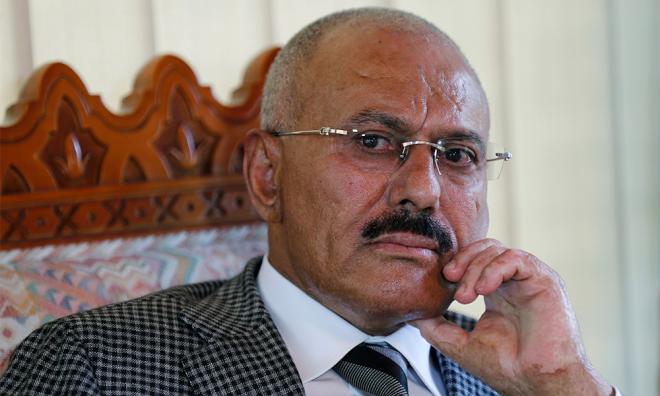 COMMENT | Middle Eastern leaders are often assassinated or detained when they refuse to go according to the script of their patrons, be they military or otherwise.

The Islamic Jihad in Egypt, for example, assassinated Egyptian president Anwar Sadat in an open military parade in 1981.

The survivor, vice-president Hosni Mubarak, was of course his successor. When Mubarak was gone, he was replaced by Mohamed Morsi of the Muslim Brotherhood, only to see the latter being overthrown in a military coup less than a year later by Abdel Fattah el-Sisi.

Such is the cesspool of politics in the Middle East, which is why Malaysia should keep it at arm's length all the time, as the events are constantly changing rapidly due to the arbitrary nature of the regimes.

In Saudi Arabia, things are becoming more and more toxic.

The UK’s Daily Mail reported last month that Prince Alwaleed bin Talal, the 10th-richest man in the world was allegedly hung upside-down in the Ritz Carlton hotel in Riyadh, and tortured by interrogators on behalf of Crown Prince Muhammad Bin Salman (MBS).

MBS, in turn, is forming an alliance with Israel to beat back the growing influence of Iran.

Iran has had to rely on the Islamic Revolutionary Guard Corps to consolidate its ties with Hezbollah in Lebanon, as well as local Iranian influence in Bahrain and Syria.

Rafic Hariri, former prime minister of Lebanon, was killed by a car bomb in 2005.

Yitzhak Rabin of Israel was of course assassinated by an Israeli member of the far right when he concluded a peace agreement with the Palestine Liberation Organisation (PLO) in 1995. There is no end to the bloodbath, with or without an Arab Spring.

Yasser Arafat himself, the long-time mainstay of PLO, was rumoured to be poisoned. Indeed, if one goes further back into early Islamic history, out of the first four Caliphs, only Caliph Abu Bakar died of natural death. Umar, Uthman and Ali were either killed, assassinated in cold blood, or martyred in the war.

One hasn't even gone into the grandsons of Prophet Muhammad, Hasan and Hussain, who were killed by Yazid, son of Muawiyah, the founder of the Uthmaniyah Dynasty.

In Yemen, the latest casualty of this long list of political violence is former president Ali Abdullah Saleh. With Saleh gone, the Houthis will be empowered by the Iranians to retain whatever modicum of stability that is still present.

By “returning” close to US$700 million back to the Saudis, Prime Minister Najib Abdul Razak has crossed the thin red line in Malaysian-Middle Eastern diplomacy.

By allowing the King Salman Centre for International Peace to be created right in the midst of Putrajaya, this when Wahhabism is known as the aggressive ideology that lionised many militant Islamic groups across the world, Malaysia is playing with fire.

Instead of taking a neutral position, Malaysia has inched closer to the Middle East, especially Saudi Arabia. But no one knows who MBS is and what is he capable of.

By forming a close partnership with Jared Kushner, the son-in-law of US President Donald Trump, MBS appears determined to curry favour with the upper echelons of the powerbrokers in the White House.

Malaysia should not be an active or passive actor to all this skullduggery. Malaysia should stick to UN values and principles to guide its actions on foreign policy, without which it risks inviting itself into the impending wars that are gathering on the horizon of the Middle East.

MOHAMAD SABU is president of Amanah.