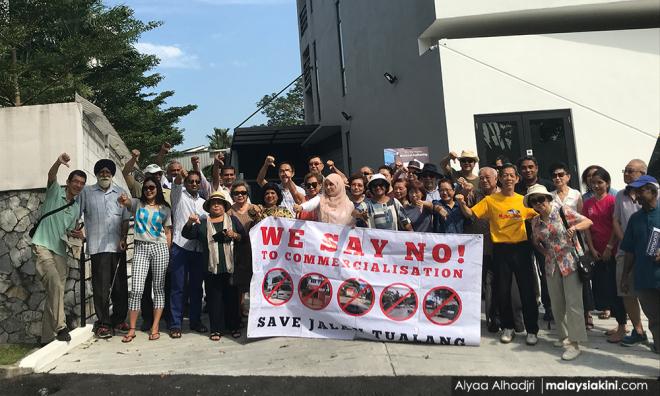 After almost 40 years of staying in a two-storey bungalow along Jalan Tualang, Bangsar, businessman Michael Choong finally decided that the time has come to put it up for sale and to move his family out.

"The reason is largely because of this commercial building.

"They started operations this year and have held about four to five events," Choong said, in reference to a two-storey bungalow which had been converted into a commercial premises since 2015.

Choong said it has now become "unbearable" for him to live in the area, along with his family of eight.

Choong is one of around 50 residents who had for the past few years objected to Kuala Lumpur City Hall (DBKL)'s decision to approve the conversion, citing traffic congestion and noise disruption as being some of the factors...