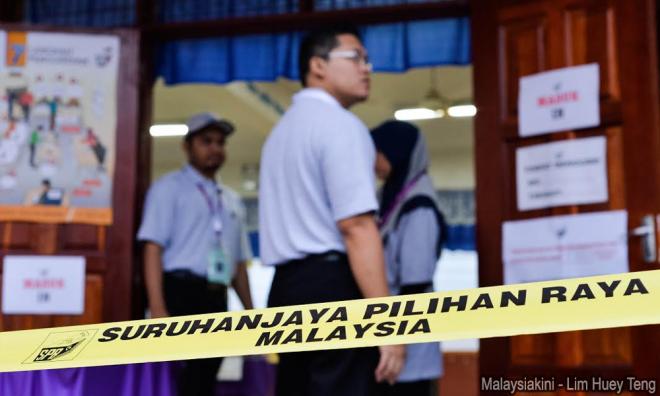 The Court of Appeal, in a majority decision, allowed the Election Commission's bid to remove a stay order imposed by the High Court Kuala Lumpur, which prevented the commission from holding a local inquiry into the objections toward the redelineation exercise in Selangor.

The decision was made amid a 40-minute fire drill at the Palace of Justice in Putrajaya which led to the packed public gallery being evacuated, although proceedings continued as normal.

Following a recess, Justice Idrus Harun announced the decision that he and Justice Yaacob Md Sam would allow the removal of the stay order, while Justice Rhodzariah Bujang dissented.

“We find there are merits in the application, and allow the motion by EC with no order as to costs,” he said...