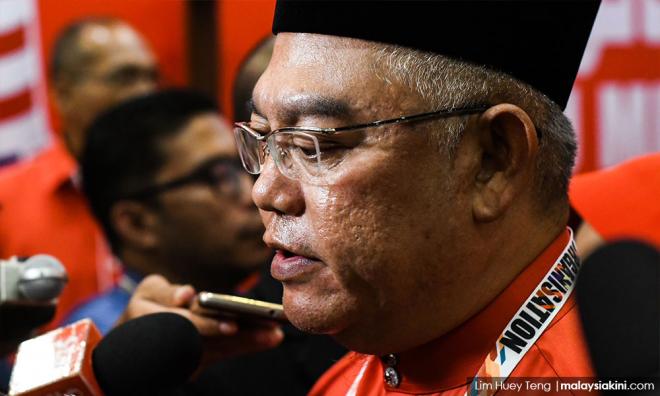 Selangor is in need of BN, its original "tauke" (boss), being reinstalled as the state government, said state BN chief Noh Omar.

"Don't let it be a 'talak tiga' (instant) divorce. We don't need to try multiple times to rampas (snatch) Selangor," Noh told a coalition event in Kapar yesterday, according to Sinar Harian.

He stressed that Umno members must canvass votes for BN, because the votes from party members alone would not ensure victory.

"We have succeeded in bringing back (several) former menteri besar to BN. Now we need to convince the rakyat. "That is why it is important for NGOs to serve as a bridge between the government and the people," he said.

While conceding that unseating the incumbent Pakatan Harapan-led government was a tough task, Noh said making inroads in the state would suffice.

"To win all seats is not easy, but there must be victories... If we can't take all seats, (taking back) two or three state seats is satisfactory.

"If we win all areas, Selangor will belong to BN. All leaders must focus on their respective areas and ensure we win at the parliamentary level," he said.