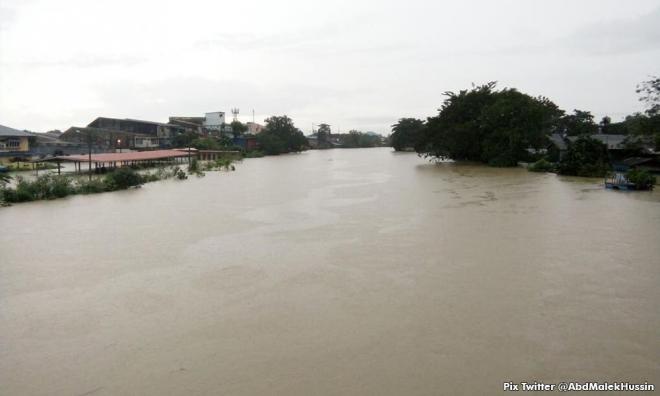 The Ministry of Natural Resources and Environment said the deepening of the Kelantan and Pahang rivers was decided upon only after careful studies, including bathymetry (profile of river water depth) surveys.

It said in a statement that the studies were carried out by both the Department of Environment (DOE) and the Drainage and Irrigation Department (DID).

“The ministry always has the best interests of our people at heart. The main reason for the dredging at Sungai Kelantan and Sungai Pahang was to deepen the estuaries of both rivers which had silted up and had been causing debilitating floods in the areas for several years.

“Hence, the two companies were not permitted to dredge until they had fulfilled and are still adhering to stringent guidelines from the DID and DOE. Both departments are also constantly monitoring very closely the operations of the companies.

“Should either company be found to be in violation of the dredging or export guidelines, the ministry will have no qualms about immediately rescinding and cancelling both permits,” it said.

The ministry was responding to a statement by Penang Deputy Chief Minister P Ramasamy on the export of river sand to India.

As to the allegation that river sand mining in Sungai Kelantan and Sungai Pahang would degrade the environment, the ministry said: “It is in fact quite to the contrary as has been highlighted in the first response last month by the ministry.

“The ministry is also cognizant of the fact that any development or action has to be sustainable while affording economic benefits to the people. By default, therefore, this mantra applies to all river sand dredging activities.”

On the price of Malaysian sand being cheaper than Indian, the ministry said it could be due to an abundance of river sand in the country, thus making our sand comparatively cheaper.

“This is a blessing in disguise as it means that we can sell and export our sand in return for economic benefits to all Malaysians,” it said.

On sand mining in Sungai Kelantan, the ministry said it did not want to further comment on decisions taken by the Kelantan state government.

“Perhaps the concerned state government will see fit to respond to the allegations,” it said.

It also said that it sincerely hoped that its response this time would put the matter to rest once and for all as such unproductive repetition of issues was a waste of time and resources.

“The ministry categorically states that it will no longer debate this issue with the esteemed Deputy Chief Minister after this response,” it said.