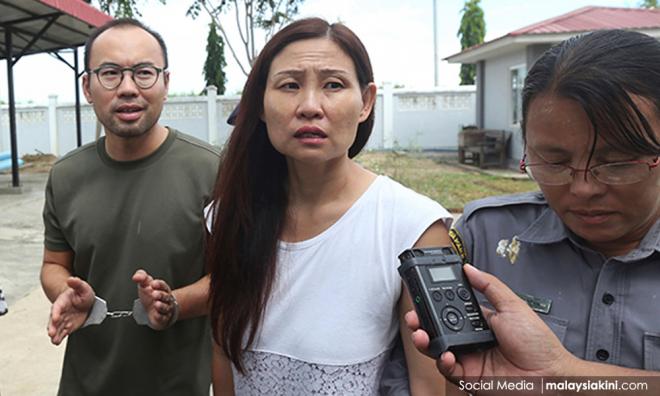 Malaysian documentary producer Mok Choy Lin and Singaporean cameraman Lau Hon Meng arrived in Singapore on Friday evening from Yangon, where they had spent two months in a Myanmar prison, as reported by a Singapore daily.

“They were released at 7am, and the two foreign journalists were escorted by immigration officers to (Yangon) airport,” defence lawyer Khin Maung Zaw was quoted as saying by the Straits Times.

According to the report, Mok, 47, a Singapore permanent resident, left the Changi Airport without speaking to the media.

The two journalists employed by Turkish Radio and Television (TRT) were sentenced to two months imprisonment for an offence committed under the Myanmar Aerodrome Act 1934.

They were detained on Oct 27 by the Myanmar authorities for allegedly video recording the Hluttaw building (of the House of Representatives) in Nay Pyi Taw, using a drone without prior authorisation.

They were convicted on Nov 10 and were supposed to be jailed till Jan 9.

It was reported by a foreign media that the charges were being dropped because they did not mean to endanger national security.

Also, Myanmar wanted to improve relations with Singapore and Malaysia, said the report.