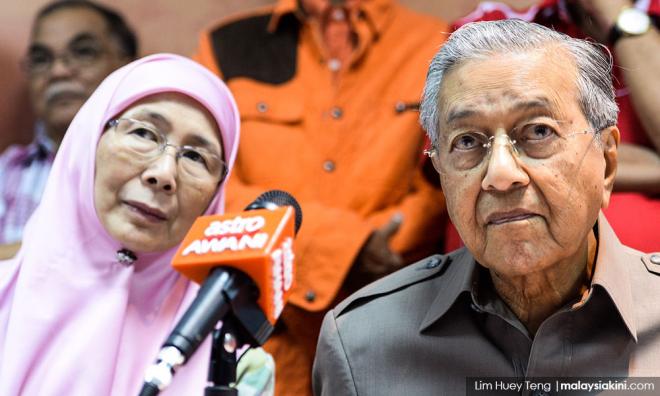 Pakatan Harapan is expected to announce Dr Mahathir Mohamad as its official candidate for the post of prime minister at the coalition's convention this coming Sunday.

However, Malaysiakini learned that there are mixed views on whether the 92-year-old politician should be named as an "interim prime minister" or otherwise.

One high-level source claimed that the announcement might be shelved if a consensus cannot be reached on the issue during this Thursday's presidential council meeting.

According to sources, three of the four Harapan component parties are concerned that naming an interim prime minister could be counterproductive...