A delegation from Malaysia will meet with Members of the European Parliament (MEPs) in the first quarter 2018 to discuss issues relating to palm oil, including the European Union’s ban on the commodity.

MPOC chief executive officer Kalyana Sundram said the upcoming meeting, likely to take place either in Brussels or Malaysia, would be a platform for the delegation – the government’s technical team – to present a scientific journal article titled, “Building a sustainable future together: Malaysia palm oil and European consumption.”

“We hope this report will become one of the documents that Malaysia will present to the EU to support the country’s case for the palm oil industry.

“This would be our first meeting for this year on the related issues and aim to have between three to four more,” he told Bernama at the “Reach & Remind, Friends of the Industry” seminar 2018 in Kuala Lumpur today.

The EU last year proposed to ban palm oil from entering its market with its parliament passing two resolutions – to impose a single certified sustainable palm oil scheme for Europe-bound palm oil exports after 2020 and to phase out palm oil from the EU biofuel programme by 2021. 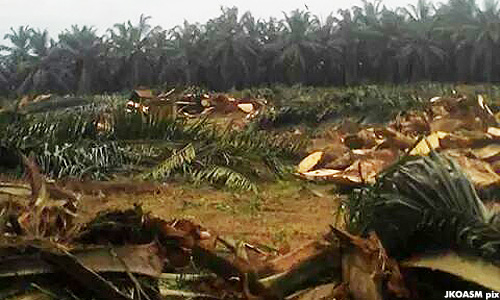 The resolutions were passed based on claims that palm oil producers had failed to achieve the UN Sustainable Development Goals, including responsible consumption, production and climate action.

Responding to this, Kalyana said by having the technical team, it is an opportunity to conduct a dialogue with the MEPs.

“They are working to remove palm oil from their biofuel mandate and we want to voice our concerns as that mandate will be enforced starting 2021.

“This is discrimination, as the ban only applies to palm oil, while the other (crop) oils like grapeseed, sunflower and soybean are still allowed,” he added.

He also reiterated that the ban did not comply with trade principles of the World Trade Organisation.

Kalyana said Malaysia needed to look at why the EU feels palm oil is the driver of deforestation and the report, which can be accessed online, has an extensive examination of the issue in response to its queries.

“We also found that some of the conclusions the EU made are not supported scientifically, including the argument that oil palm cultivation is causing deforestation. “We are in fact telling the EU that the other oils being used to sustain the dairy industry are the greatest contributors to greenhouse gas or climate change,” he said.

The Malaysian report was released today in the “Journal of Oil Palm, Plantation and Health.”

On certification, Kalyana said Malaysia did not want the EU to post a single certification on palm oil as it already had the Malaysian Sustainable Palm Oil (MSPO), which is the national scheme for oil palm plantations, independent and organised smallholdings and palm oil processing facilities.

He said Malaysian stakeholders were now being asked to move rapidly towards the MSPO certification.