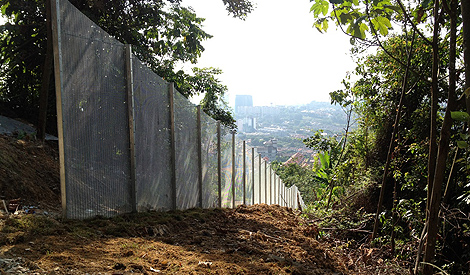 Bukit Kiara - how about an update, National Landscape Dept?

LETTER | On Feb 6, 2016, director-general of the National Landscape Department Esa Ahmad was quoted in The Star publication as follows:

“.. The exercise to gazette the 153.78 hectares land is underway and expected to be completed next year. The government’s firm stand to preserve Bukit Kiara as a green area remains.”

The public has yet to hear any updates with regards to the gazette status – it would seem to observers that the department is a strict adherent to the principle of “hear nothing, say nothing, do nothing”.

For the sake of openness and transparency, it would be wise for the National Landscape Department to provide a detailed statement which covers at minimum, the following aspects:

Be accountable and do not fall back on the usual government practice of issuing a blithe public statement devoid of any details or facts. It is the least the tax-paying public deserve after waiting 23 months.

The cabinet decision three government administrations ago to gazette Bukit Kiara was made in June 2007. It is utterly atrocious that the federal government, ministry and appointed department are unable to show any concrete progress after a period of 10 years.

I guess this is the epitome of “Janji Ditepati, Rakyat Didahulukan”.