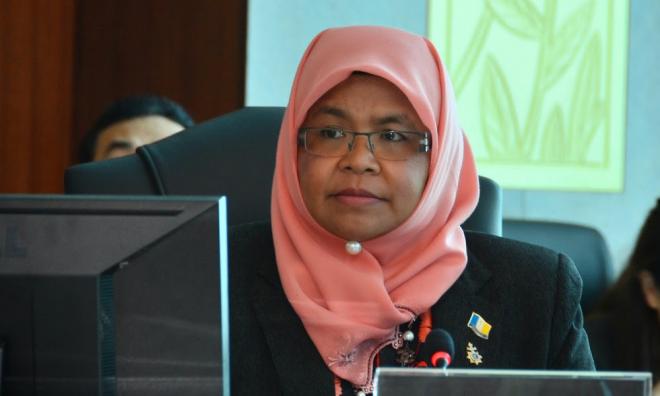 Maimunah listed in MBOR as first Asian to helm UN-Habitat

The new executive director of the United Nations' Human Settlements Programme (UN-Habitat), Maimunah Mohd Sharif, has been listed in the Malaysia Book of Records (MBOR) as the first individual and first woman in Asia to hold the post.

Maimunah, 56, who is Penang Island City Council (MBPP) mayor, told reporters in George Town today that she received the MBOR recognition in a ceremony yesterday.

At a press conference which was also attended by Chief Minister Lim Guan Eng, Maimunah who hails from Kuala Pilah, Negeri Sembilan, thanked the state government for all the support given to her.

"Thanks to the state government for giving me strong support throughout my duties as a public servant from being a town planning officer to Seberang Perai Municipal Council president and then as Mayor of Penang.

"I am leaving for Nairobi, Kenya, on Jan 20 to begin my duties as executive director of UN-Habitat,” she said.

Maimunah was appointed by United Nations Secretary-General António Guterres, after she received unanimous support in the organisation's general assembly on Dec 23, making her the first woman in Asia to hold the post.

She will replace former Barcelona mayor Joan Clos, whose contract expired on Dec 31.