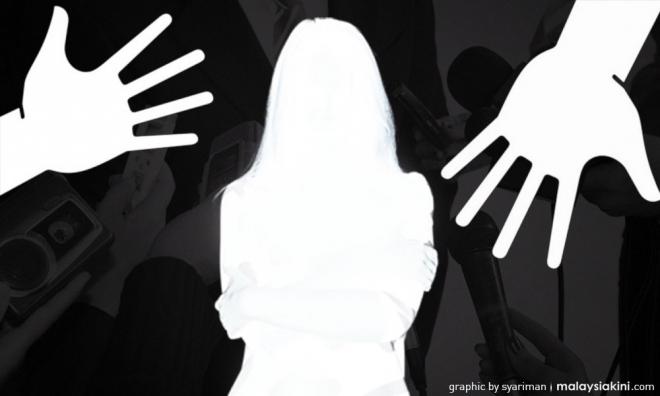 Several female journalists in Malaysia have come forward with their experiences of sexual harassment by male politicians.

According to a report by Asian Correspondent today, a female junior reporter with a news site, “Ally,” had claimed that a politician from the ruling party had sent her messages in 2014 about how he had “dreamt about her riding him in bed.”

Ally also said that the same politician had once stroked her thigh during an interview in his office when his assistant left the room briefly.

Her name had been changed to protect her identity.

The report said that although Ally’s bosses knew about the minister’s messages to her, she was told to capitalise on it to get a scoop.

She was also purportedly sent to interview that minister in a bar after office hours once, at the request of her editor.

Ally was made to drive the minister to the bar they were supposed to meet in as he claimed his driver was off duty that night.

“When we got to the bar, he seemed uncomfortable at how public and busy it was, so he rushed through his drinks and our conversation about work and urged me to take him home.

“The moment we stopped at his place, his hands were all over me.

“I had to shove him off as hard as I could and repeatedly tell him that I wasn’t that kind of girl,” Ally said.

However, his advances did not stop at these incidents, nor was he the only one to make such passes at her.

Politicians from both sides of the political spectrum would also make inappropriate advances against Ally at “exclusive” parties she was invited to.

“I’d walk into a party sometimes and they’d greet me by grabbing and hugging me and then sticking their tongues in my mouth,” she said.

She said it was not possible to decline these invitations all the time as some politicians said they would look up her address and pick her up.

The report said others would shove money down her purse or try to get her to go home with them.

Though she knows better now, Ally did not recognise these incidents as sexual harassment at the time, as she assumed this was “just how the media works.”

Another female journalist coming forward with her story is The Malaysian Insight’s Diyana Ibrahim, who allowed Asian Correspondent to use her name in their report.

She said she would receive messages from an MP in the late or early hours of the day to ask whether she had a boyfriend or not.

She was uncomfortable with these questions as it turned their communication from professional to personal.

That particular MP is also married, she said, though there were rumours of him having affairs with other women.

The report said his motives became clear later when he asked her whether she would be free for dinner.

Though she said no, she did not reprimand or report him.

“For the sake of getting quotes and information for our stories, we have to maintain good relationships with people in powerful positions, some of which have ended up abusing their positions.

“It is disappointing that our working relationships turned out so. It affects our jobs, disturbs us and makes us feel very uncomfortable,” Diyana said.