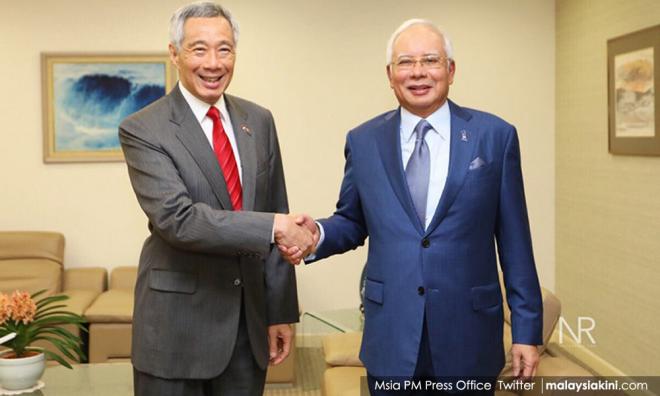 No more confrontational diplomacy, says Najib of ties with S'pore

"We certainly don't want to return to the era of confrontational diplomacy and barb rhetoric between the two countries,” said Malaysian Prime Minister Najib Abdul Razak in referring to Malaysia-Singapore relations.

“It was an era that we want to forget; we certainly don't want to come back to that era,” said Najib at a joint press conference on the occasion of the 8th Malaysia-Singapore Leaders' Retreat at the Istana in Singapore on Tuesday.

“We believe that the position of the current government is a position that will bring mutual benefit to both Singapore and Malaysia and we stand by our policy, by our agenda and by our ability to deliver real and tangible benefits to the peoples of Malaysia and Singapore,” he said.

Najib and his Singapore counterpart Lee Hsien Loong were asked whether the two governments could give an assurance that the Rapid Transit System (RTS) and High-Speed Rail (HSR) would still proceed despite any change in the political environment, taking into account the coming Malaysian general election. 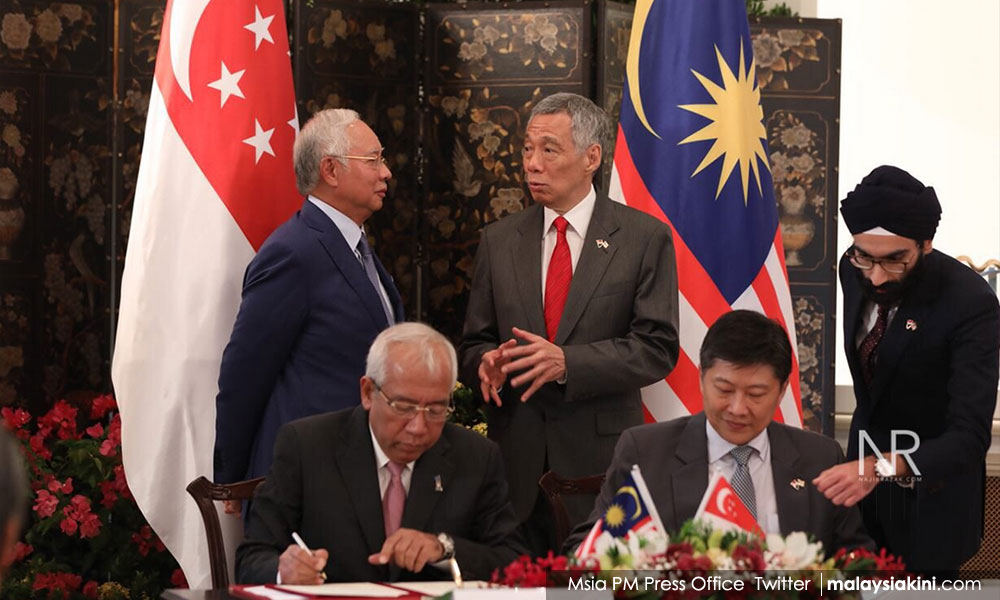 "The commitment is formalised, and the agreements which we signed between the two governments today are a binding agreement and whoever the government is on either side, well, this is the agreement which they have to inherit and which they are a party to.

"(But) I don't have any doubt on the Singapore side (that) we have every intention to implement what we signed and what we committed to today," he said.

The two countries had signed two bilateral agreements related to RTS and HSR, with the projects expected to be completed in 2024 and 2026, respectively.