He suggested that female journalists dress appropriately and be mindful of their conduct.

As for politicians, Taufek said they should not take advantage of journalists and keep their relationship professional.

"In the context of female journalists, particularly attractive ones, this (sexual harassment) can easily happen if both sides reciprocate," he added in a statement to Malaysiakini.

Taufek was asked to respond to a recent report entitled 'Female journalists, male politicians and the epidemic of sexual harassment in Asean' in the Asian Correspondent.

The report said a Malaysian politician from the ruling party had told a junior reporter "about how he dreamt about her riding him in bed," and had stroked her thigh during an interview. 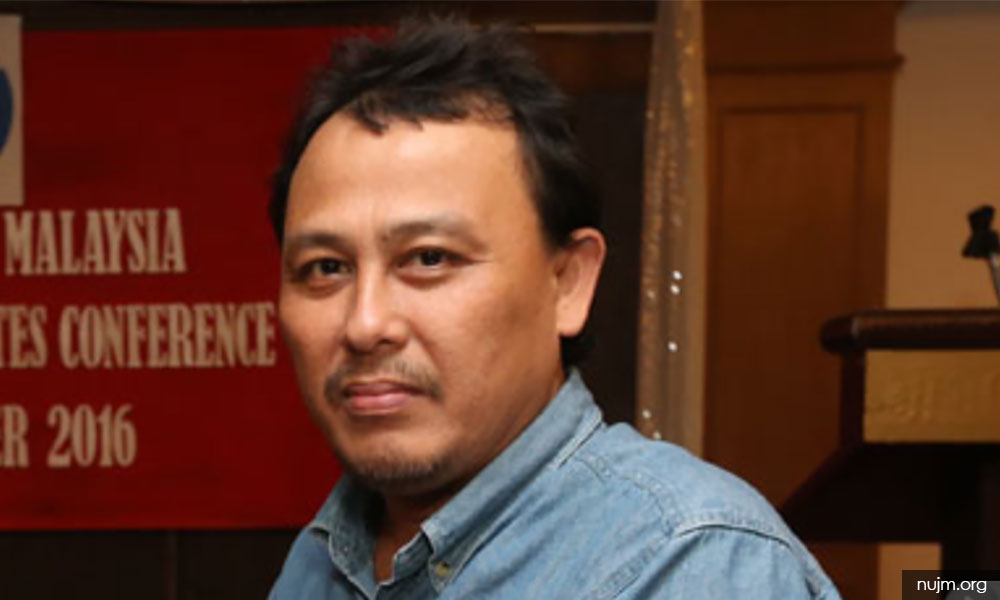 "The (interaction) could become negative if other factors are involved, such as the way the female journalist communicates, presents herself during an interview, socialises and the limits that she sets."

Considering that sexual harassment is part of the challenge faced by female journalists, the NUJ president said, he suggested that they present themselves appropriately and take a firm stance in the course of their duty.

"For example, do not wear clothes that are too revealing or sexy, decline interviews at inappropriate places such as nightclubs or a politician's home.

"Female journalists must have strong integrity and use appropriate ways to obtain news stories," he said.

Asked if the claims of sexual harassment in the Asian Correspondent report should be investigated, Taufek said it would be best if a police report was lodged.

"For the allegation to be reported and investigated, it depends on the incident, as sexual harassment is very difficult to prove.

"If the journalist has solid evidence such as a recording, witnesses or others, it is best to make a police report," he said.

However, Taufek said problems arise if the journalist is ashamed of making a report, or wants to maintain her relationship with the alleged offending politician.

He added that it would be difficult for police to act if a report was not lodged.

"Only exposing it in the media is not sufficient. What the journalist needs to do is to be courageous and come forward with strong evidence. This is difficult right now.

"The police can also play a role by calling in both sides. But bear in mind no one would want to admit wrongdoing without evidence.

"As for politicians, the NUJ would like to urge them not to take advantage of journalists and keep the relationship professional and with integrity," he said.