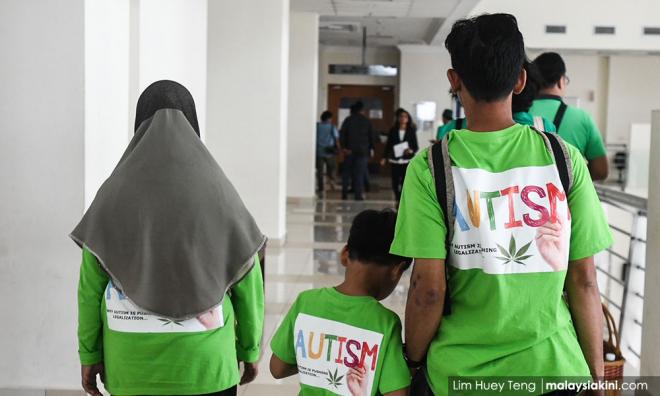 'Patients' turn up in court to support 'Dr Ganja'

A group of people who described themselves as "patients" of a former military man charged with possession of cannabis products turned up at the Klang Magistrate’s Court today in a show of support for the accused.

The group filled up the public gallery to see Amiruddin @ Nadarajan Abdullah, 58, better known by his online moniker "Dr Ganja," when he was brought to the dock.

Among the group were an eight-year-old boy and a 51-year-old grandmother. Many of them were colour coordinated, with one woman sporting a green headscarf and a man in a bright green jubah.

Several times during the proceedings, the accused – himself clad in a green T-shirt bearing the words "Live forever" – gave the gallery the thumbs up...