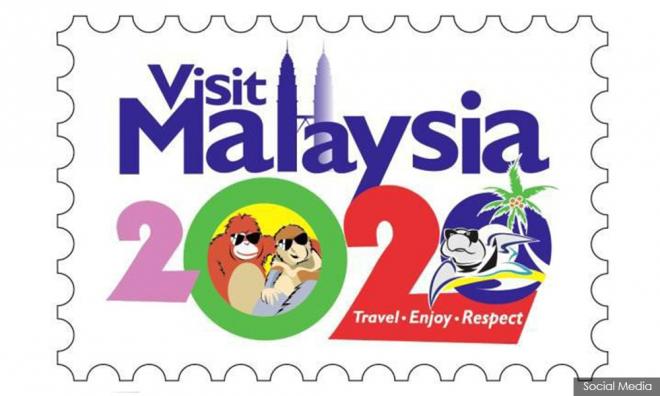 VMY 2020 logo: Trash to some, inspiration to others

The amateurish Visit Malaysia Year 2020 logo may make most Malaysians frown, but it has inspired several online cartoonists to help Malaysians cope with the episode.

Prominent web cartoonist hxsm's take on the matter depicted a schoolboy who grew up in a  steady diet of propaganda on a prosperous Malaysia by 2020, only to be heartbroken in adulthood upon seeing the logo.

Cartoonist Ernest Ng's latest "Bro, don't like that la, bro" entry speculated that the logo was the result of Malaysia's habit of subcontracting government-commissioned work.

This resulted in a long chain where people made profits while the actual work was done by unqualified individuals.

Meanwhile, graphics designer Nadzrin Zariff broke down all that is wrong with the logo, in terms of design philosophy, albeit with a very sarcastic tone.

For instance, he pointed out that there were several inconsistent font sizes, while taking issue with the fact that the animals in the logo appear to be donning sunglasses.

In a related development, the Malaysian Association of Tour and Travel Agents (Matta) president Tan Kok Liang has urged Malaysians to remain calm and focus on the event itself and not the logo.

"The depiction of wildlife in the new logo is necessary for quick recognition while raising awareness of the importance that eco-tourism can contribute towards development for rural communities," he said in a statement today.

Yesterday, Tourism Minister Nazri Abdul Aziz said that the logo will not be changed regardless of the criticisms over the logo, which was launched at the Asean Tourism Forum in Thailand last week.

"There are no issues with the logo, criticisms are normal. Malaysians will criticise anything, the only thing they won't criticise is themselves, so I am not going to make any changes.

"I do not mind, it is normal for netizens to be like that. If I were to listen to them, they will not come to a consensus (on the logo) until 2020," he told Malaysiakini.