COMMENT | I realise that I have been bragging about the good things and positive vibes of my homeland, Sarawak, in my articles in Malaysiakini and other publications.

However, when something is not right in Sarawak, it is also my duty to also highlight the negative.

I have actually waited a week or so since this issue first surfaced, hoping for the Sarawak state government to offer an explanation. But none was forthcoming. And like many Sarawakians, I am deeply disappointed.

What is this issue? Sarawak Governor Abdul Taib Mahmud’s Syrian-born wife, Ragad Waleed Alkurdi, along with her two children from a previous relationship, have been accorded native bumiputera status in the state. 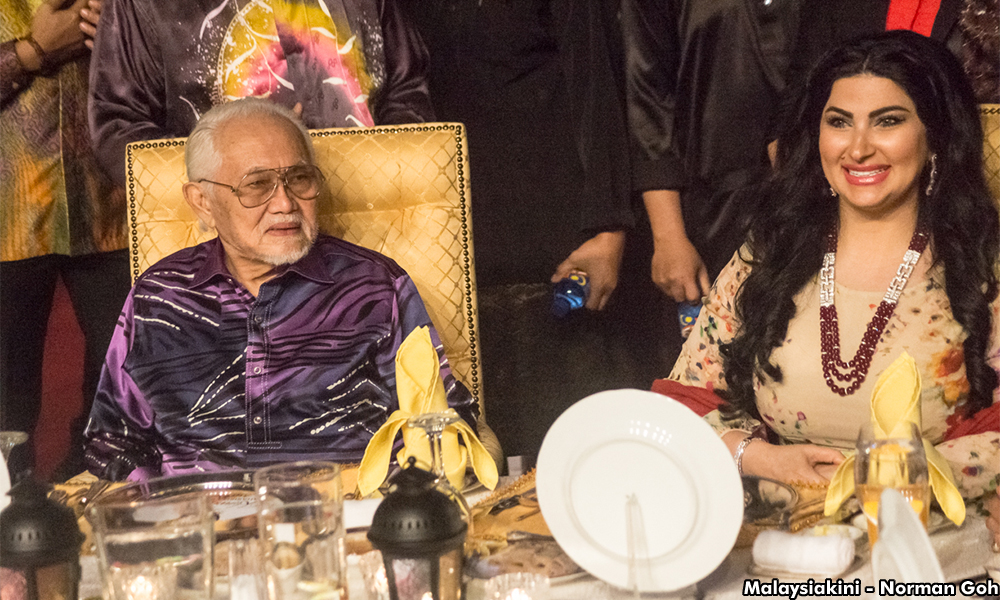 Their race is now “Melanau,” as stated in their new Malaysian identity cards, which were issued last November.

Something is not right here.

A post on social media that has gone viral contains an image purportedly of the state government gazette indicating that the applications of Ragad and her two children for identification with the Melanau community – under Section 20 of the Native Courts Ordinance 1992 and Rule 17 of the Native Courts Rules 1993 – have been approved.

The document, dated Nov 9, 2017, appeared to have been signed by state secretary Mohd Morshidi Abdul Ghani.

I concede I have yet to take a closer look at the constitutional framework of such a registration exercise in Sarawak, so I’m not sure whether such an act is legal or not.

However, laypeople would have questions on the issue and would want answers.

A friend asked on Facebook, “If I am an Iban and I marry a Russian woman, can she become an Iban? You tell me.” Another posted: “I am going to marry a Nigerian woman. I am Chinese and I will apply to the government to turn my wife into a ‘Chinese’. Will the state secretary approve?”

Jokes aside, Sarawak DAP chairperson Chong Chieng Jen had some serious questions on the matter.

Chong said that since Ragad is now a Melanau, “she has more rights than most of us as a native under the law.”

He said he managed to obtain a photocopy of the state government’s gazette from the Kuching High Court library, confirming that Ragad is now a Melanau...