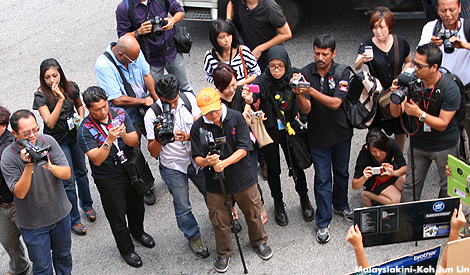 A press ombudsperson is being mulled following a meeting of some 15 editors from various media medium and languages.

"Following the discussion, an overwhelming majority of the editors agreed on the need to have a press ombudsperson in Malaysia.

"MFC Malaysia recognises that this only the beginning of a series of conversations that has to include many other media houses and editors who were unable to join the discussion," said Wan-Ifra's MFC Malaysia.

It said a sub-committee will now be set up to deliberate on the formation of the press ombudsperson.

"This committee will attempt to include the larger media fraternity in this conversation regarding a press ombudsperson in Malaysia, and will also come up with several alternative frameworks as to how an ombudsperson structure can be set up in Malaysia," it added.

It said MFC Malaysia, comprising nine experienced Malaysian journalists and editors, had sought to start a conversation about an independent, self-regulating press council in the country.

"While we recognise that a conversation about the formation of a press council is a long process that will take time, we are of the opinion that a body representing the press in Malaysia that would act as a mediator between the government and the media is essential; as the government continues to periodically use criminal laws in taking action against industry players," it said.