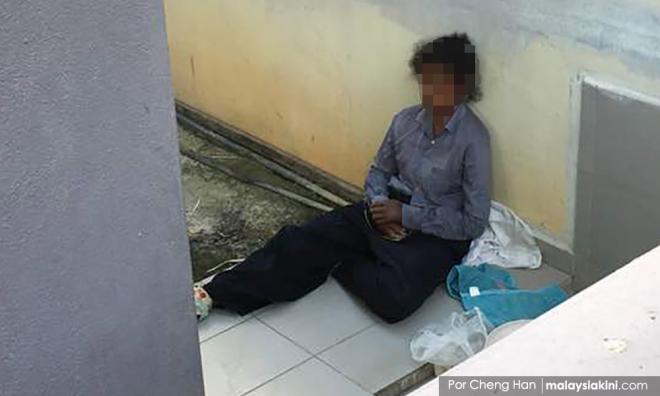 Swiss envoy: Where is the outcry over Adelina's death?

Switzerland Ambassador Michael Winzap has questioned why there was no outcry in Malaysia over the death of an Indonesian domestic worker who was allegedly abused by her employer.

"There was no outcry in Malaysia despite the horrific crime and you read reports in the newspapers claiming it was an isolated incident. It is horrible.

"This is slavery. What is happening? It should not happen," Winzap said during the question-and-answer session at the launch of Amnesty International Malaysia's human rights report for 2017/2018 today.

He was referring to the death of 26-year-old Adelina Lisao, who died last Sunday while receiving treatment at the Bukit Mertajam Hospital. Her death was allegedly due to multiple organ failure caused by physical abuse by her employer.

There was a huge outcry in the Philippines when similar cases occurred there, Winzap added.

He asked Amnesty International Malaysia interim executive director Gwen Lee whether the NGO would highlight such issues to raise more awareness in the country.

Lee said that AI Malaysia noted Winzap's suggestion to bring this up with the authorities.

She also said that while Amnesty does follow up on what happens on the ground in Malaysia, this does not mean they are able to work on a case directly.

However, Lee gave her assurance that they will keep tabs with their partner organisations that are more focused on such issues.

DAP Bukit Mertajam MP Steven Sim had provided photos of Adelina forced to sleep at her employer's front porch with the family dog.

She was allegedly kept at the porch for a month and suffered noticeable bruises on her body when she was rescued and rushed to the hospital.