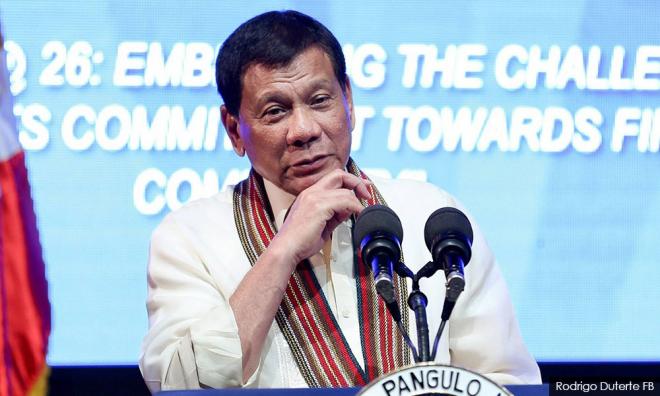 Philippine President Rodrigo Duterte on Thursday stood by his decision to ban domestic news outlet Rappler from his events, accusing it of trying to undermine his government, probably with the backing of the US Central Intelligence Agency (CIA).

"That is the history of the American CIA and they look after political dissenters and eventually they will choose a candidate they can order around," Duterte told reporters.

He said the online news platform, which has a reputation for its investigative reporting and its tough questioning, might be CIA-sponsored and it "takes every chance to undermine" his government.

It was not the first time the firebrand leader has said the CIA could be involved in Rappler.

Duterte has made no secret of his grudge against the United States, which has expressed concern over his ferocious drugs war, in which thousands of people have been killed in shootouts with police or unidentified gunmen. 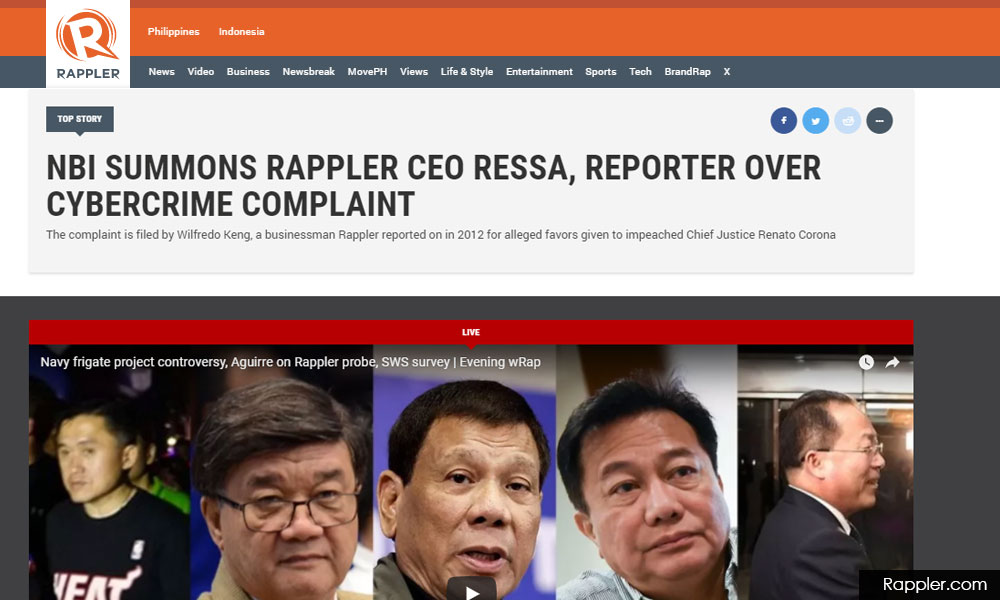 Rappler, in a news story about Duterte's remarks, reiterated its position that it was 100 percent owned by people from the Philippines and was not in any way controlled by the CIA.

Rappler called Duterte's decision to ban it from his events "another instance of power attempting to intimidate independent journalists".

Duterte's criticism of Rappler has compounded concerns about several governments in the region taking a tougher stand with the media.

Duterte said Rappler was "not a legitimate agency" according to the Securities and Exchange Commission (SEC), which had revoked its licence for ownership violations. The SEC decision is not executory and Rappler has described it as ludicrous.

It continues to operate pending appeal.

"I am now invoking executive action based on the SEC ruling," Duterte said in justifying his order to bar Rappler from covering his official events.

Duterte has sparred frequently during news events with Rappler's presidential palace reporter, Pia Ranada, and has repeatedly shown his irritation with the organisation's scrutiny of his war on drugs.

Rappler is known for stories that have questioned the accuracy of Duterte's public statements and highlighted his office's ties to bloggers whose posts have stirred online hate against the president's opponents.

However, one article carrying a headline that said Duterte's closest aide, Christopher Go, had "intervened" in a navy frigate procurement last month appeared to be the final straw.

That led to an angry outburst in which Duterte said it had been "throwing trash" and was a "fake news outlet".