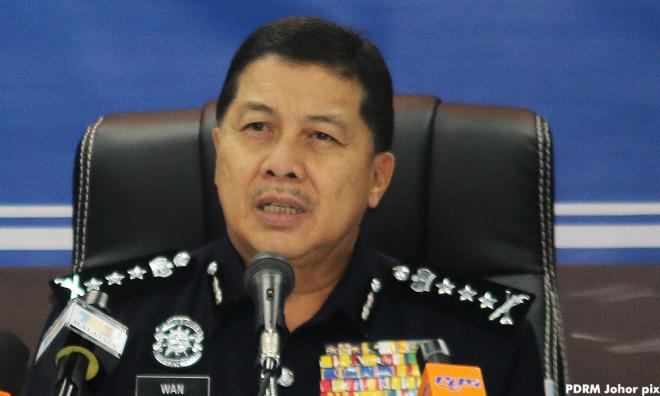 According to the Sydney Morning Herald, the Australian Federal Police (AFP) alleged that the money channelled into Wan Ahmad’s account contained laundered money or proceeds of crime.

Wan Ahmad's "Goal Saver" account in Commonwealth Bank, which he opened using his own name in 2011, reportedly began to receive cash one week after his trip to Australia in September 2016.

Unknown depositors visited several banks across five states in Australia and allegedly deposited the money into his account.

The account balance increased by almost A$290,000 (RM880,700) in a month, mostly in structured deposits below A$10,000 (RM30,368), the threshold above which Australian law enforcement agencies receive mandatory notifications.

Commonwealth Bank and Australian financial crime tracker AUSTRAC had grown concerned after analysing the series of transactions,  54 of which allegedly fell under the reporting threshold.

Wan Ahmad has made no attempt to claim the money, saying court action would be too expensive.

However, he denied any wrongdoing.

AFP's forfeiture effort was based solely on the structured deposits. Its court application did not explore whether Wan Ahmad was involved in the indictable offences.

When contacted by Fairfax Media, the 59-year-old cop said, "I’ve given my explanation. My department wrote a letter to the AFP."

Wan Ahmad reportedly said he had arranged for a close friend in Malaysia to transfer the money to pay for his daughter's Master's degree.

According to Free Malaysia Today (FMT), Wan Ahmad refused to comment when contacted and said that the matter had to be referred to inspector-general of police (IGP) Mohamad Fuzi Harun.

“The IGP knows about the case,” he said. He reportedly added that the Bukit Aman Integrity and Standards Compliance Department had already conducted its own investigations.

Meanwhile, deputy IGP Noor Rashid Ibrahim was reported by FMT as saying that the Australian news report was based on “an old story”.

“This is an old story and I understand we already conducted internal investigations,” Noor Rashid said. He noted that no wrongdoing was found and that the probe had taken place two years ago.

Malaysiakini is unable to independently verify the SMH report. It has attempted to contact Wan Ahmad and Fuzi for their comments.

It was on one of the 2011 trips that he reportedly opened an account in his own name at Commonwealth Bank’s Haymarket branch in Sydney.

In December 2012, one day after he arrived in Australia, A$30,000 (RM91,106) was deposited into the account from various suburbs across Sydney, including Merrylands, Ryde, Strathfield and Burwood, while A$8,000 (RM24,294) was withdrawn at Haymarket.

The report quoted Bukit Aman Integrity Department assistant director Allaudeen Abdul Majid as saying that the cash brought into Australia and the bank account was to pay for Wan Ahmad's son’s aviation studies.

According to Allaudeen, Malaysian police have fully investigated the matter and found that the funds were lawfully obtained from the sale of a house.

“Unknown to Wan Ahmad, the money was transferred without compliance to Australian laws.The whole episode was an oversight. No malice was intended to break any laws, including Australia’s," Allaudeen wrote.