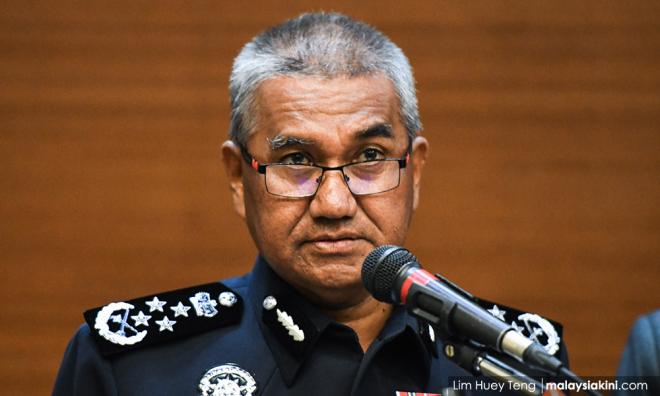 Top cop: CID chief's money Down Under is clean

In a statement late this evening, Fuzi said an internal inquiry was conducted in 2016 and it was revealed that CID chief Wan Ahmad Najmuddin Mohd had funded the account by selling his house in Shah Alam, which was valued at RM700,000 (AUD260,770) at the material time.

"This fund was then entrusted to a very close friend to make the cash transfer into the said bank account in Australia.

"Wan Ahmad has thus far been able to provide all necessary and relevant documents to prove the source of the funds.

"He has also provided justification for the need to acquire an overseas account - for the sole purpose of funding his children's education in Australia.

"Thus it is baseless to assume that the source of the money was from questionable origins or that Wan Ahmad was involved in any form of indictable offences," Fuzi said.

According to a Sydney Morning Herald (SMH) report, Australian authorities have seized AUD320,000 from Wan Ahmad's Commonwealth Bank account after a flurry of suspicious deposits in 2016.

The report claimed that unknown individuals deposited money from around the country - from Biloela in Queensland to Devonport in northern Tasmania - in structured deposits below AUD10,000.

The deposits were below the AUD10,000 threshold for law enforcement agencies to notice.

At one point, the account balance grew by nearly AUD290,000 in a month.

Strangely, Wan Ahmad told SMH that he would not attempt to retrieve the money, because court action will be too expensive.

The report said Wan Ahmad visited Australia nine times since 2001, sometimes with lots of cash - between 2011 and 2012, and that he had declared AUD112,000 to the Australian Customs.

He reportedly set up an account in 2011 with Commonwealth Bank's Haymarket branch in Sydney. A total of AUD30,000 was deposited in the account through four different locations a day after.