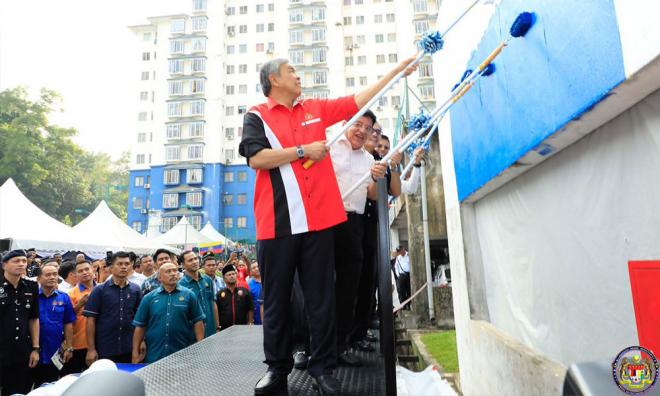 The inclusion of federal police headquarters Bukit Aman into the marginal seat of Lembah Pantai in the recent redelineation exercise has been a cause for concern for PKR.

Nurul Izzah Anwar, who narrowly defended her seat in GE13 with a 1,847 majority, previously complained that moving in 6,598 police voters will sour her chances for a third term.

Meanwhile, her former opponent - BN-Umno man Raja Nong Chik Raja Zainal Abidin - is back and has been pounding the pavement, doing walkabouts at markets and distributing aid to students.

Yesterday, he held a function at the Desa Aman police quarters, where officers from the Bukit Aman, KL, Selangor and Lembah Pantai contingents live...