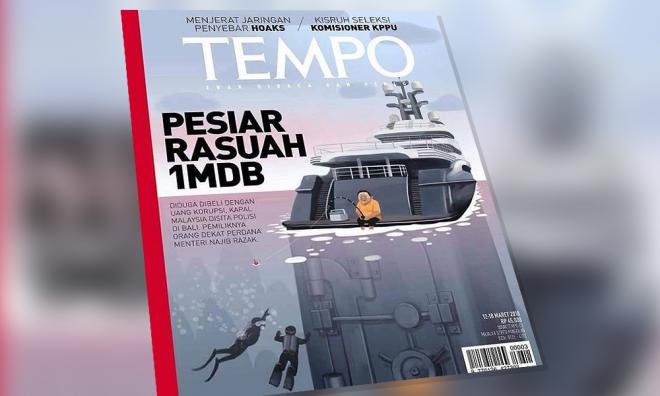 The 1MDB scandal has made to the front page of leading Indonesian current affairs magazine Tempo.

It features an illustration of the superyacht Equanimity with what appeared to be a caricature of Malaysian businessperson Low Taek Jho, better known as Jho Low.

Underneath the superyacht was a giant vault with two divers looking into it.

The subheading read: "Believed to have been bought using corruption money, Malaysian ship seized by police. The owner is a close associate of Prime Minister Najib Abdul Razak".

The superyacht was seized on Feb 28 off the coast of Teluk Benoa in Bali in a joint operation between Indonesian authorities and US Federal Bureau of Investigation (FBI).

The US Department of Justice (DOJ) claimed that the US$260 million vessel (RM1 billion) was commissioned by Low using money misappropriated from 1MDB.

In total, the DOJ believed at least US$4.5 billion was misappropriated from 1MDB and allegedly laundered through the US financial system to acquire various assets.

It is seeking to seize US$1.7 billion in assets allegedly acquired using the stolen funds and the superyacht was among those assets.

The 1MDB edition of Tempo's magazine will hit the newsstands in Indonesia beginning tomorrow. It is for the March 12 to March 18 edition. 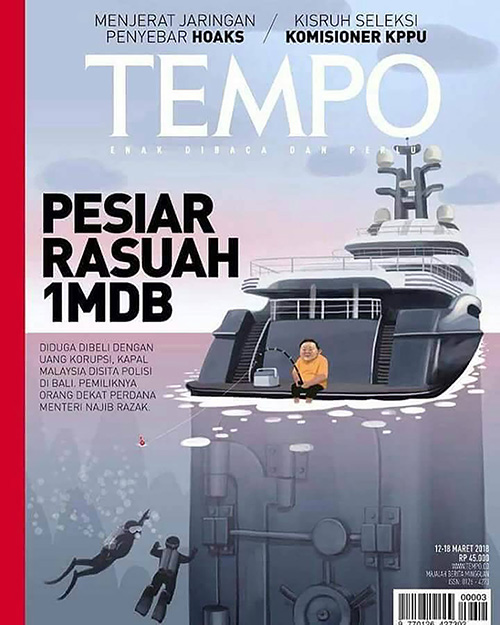