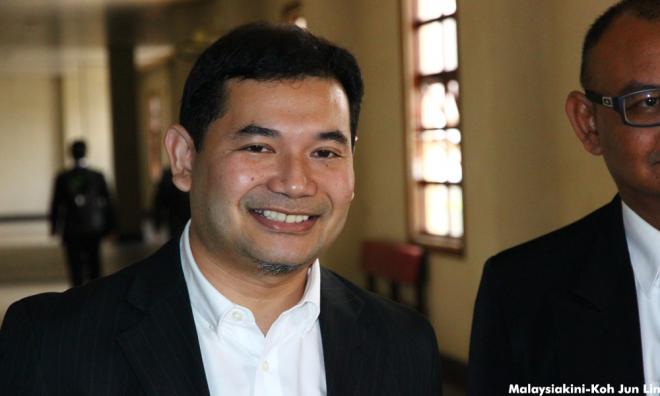 "In January and February 2016, a total of 3,954 depositors closed their accounts and of the number, 3,105 depositors lost their eligibility to perform the pilgrimage.

"They need to register again if they want to perform the haj but have to wait longer," she said during the examination-in-chief by DPP Mohd Abazafree Mohd Abas at Rafizi’s trial.

Rozaida, who is the third prosecution witness, said there had been some withdrawals or closing of accounts before the article appeared on Facebook but the reasons were more personal such as death of the depositors, home purchase and private investment in other financial institutions.

However in the period analysed, she said, depositors closed their accounts because they had lost confidence in Tabung Haji and wanted to invest in a more secure place, “which indirectly showed that the article had adversely affected the reputation and integrity of Tabung Haji's management”.

Earlier, Rozaida explained that Tabung Haji paid out bonuses to depositors in 2012 and 2014, because it had generated profit and not because of the general election.

What was therefore claimed in the article, she said, was inaccurate because Tabung Haji was an institution that was set up as a statutory body with sustainable governance.

"Any claim that Tabung Haji could be used as a political tool affects the reputation of its management.

"The Tabung Haji management consists of qualified and professional officers with integrity, who have been entrusted to manage the pilgrim fund," she said.

Rozaida also explained that the payout by Tabung Haji to depositors in early 2015 had nothing to do with the 1MDB crisis and was made based on the provision under the Act.

Rafizi claimed trial to posting an article entitled, "Analisa Kewangan Tabung Haji 2009-2015" in his Facebook on Feb 9, 2016, which Tabung Haji Board deemed injurious to its reputation.

The charge under Section 500 of the Penal Code carries a sentence of up to two years imprisonment or a fine or both, upon conviction.

The trial before magistrate Umzarul An-Nur Umar continues on April 4.