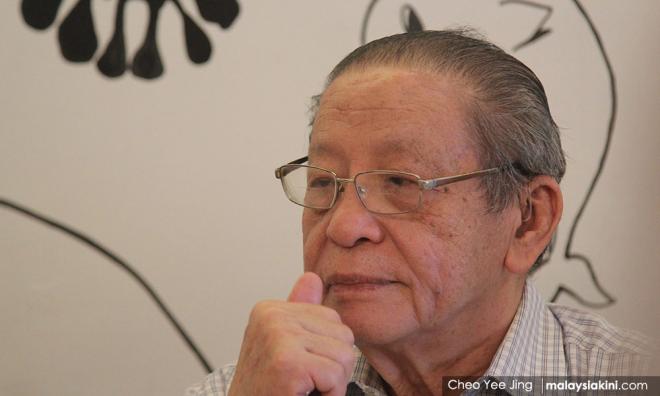 DAP veteran Lim Kit Siang has teamed up with his son and Penang Chief Minister Lim Guan Eng against an MCA leader who has refused to stop burrowing into the undersea tunnel scandal.

Previously, Kit Siang accused MCA deputy president Wee Ka Siong of being Umno's “catspaw” but upgraded this to “Ninja assassin” in a statement this evening.

His statement came in the wake of a Malaysiakini report that Wee would be heading to Guan Eng's parliamentary seat of Bagan to explain his allegations concerning the tunnel project to voters there.

He noted how the minister in the Prime Minister's Department has been launching attacks, almost on a daily basis, against the Penang state government.

Lim claimed that the attacks comprised wild allegations that the state government is corrupt with regard to the tunnel project.

“If Wee has a reputation as an anti-corruption warrior in Malaysia, this would be understandable, but the reverse is actually the case,” he added.

Lim reiterated how Wee, as well as other MCA ministers and leaders, have failed to question or express a word of concern over the 1MDB scandal.

“Instead, since June 2014, although MCA had been reduced into a 7/11 political party in the 2013 general election, Wee, together with two other MCA leaders, had enjoyed the perks and privileges of cabinet ministers of a kleptocracy under Prime Minister Najib Abdul Razak,” he said.

The “7/11” remark refers to MCA winning only seven parliamentary seats and 11 state seats in the previous general election, whereas DAP won 38 seats in Parliament.

Wee has repeatedly challenged Guan Eng to a public debate on the RM6.3 billion tunnel, which is being probed by the MACC.

Guan Eng has refused to entertain the challenge.

On Wednesday, the chief minister said he was willing to lock horns with Umno ministers as he had more respect for them, compared to their MCA counterparts.