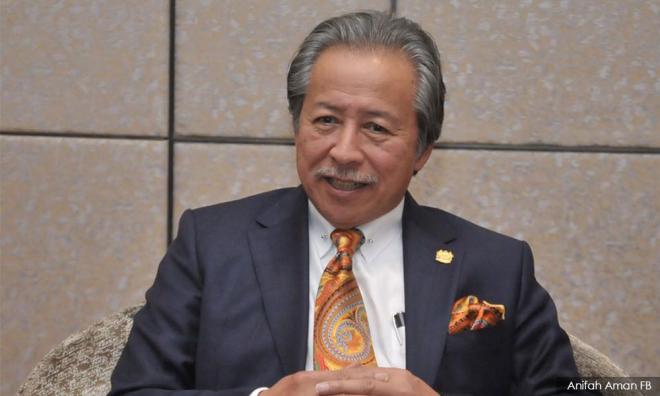 COMMENT | I serve as a minister in a government that listens and welcomes feedback. For this reason, I seek views from people from all walks of life - from my constituents in Kimanis, to foreigners, to businesses, and even from biased commentators. Dennis Ignatius falls in the last category.

I read his rant contained in his latest blog entitled “GE14: Last Chance for Change” dated March 21, 2018. It is in the same vein as his previous blogs. Full of wild but unsubstantiated accusations, based on anger but devoid of facts, opinions masquerading as facts.

Let me take a few examples quoting directly from his blog. “They (the government) have been extraordinarily incompetent and reckless fiscally, forcing our nation into levels of debt that were unheard of before”. I want to point out that our fiscal deficit has been reduced by more than half from 6.7 percent in 2009 to three percent in 2017.

“And while Kuala Lumpur has more millionaires than Abu Dhabi, 90 percent of rural, mostly Malay households, have zero savings”. That Kuala Lumpur has more millionaires than Abu Dhabi is not surprising. Our economy is doing extraordinarily well, and Malaysia’s population is 31 million compared to the UAE’s 1.4 million (of the total population of 9.2 million, 7.8 million are foreigners). As for the 90 percent figure, this hardly makes sense. Any worker in Malaysia would have at least either an EPF account or a pension. Furthermore, the government is also trying to improve financial education.

“The majority of young workers cannot earn enough to live decently”. I wonder where he received this information. I also question his use of terms such as “majority” and “live decently”. We all recognise that unless one is blessed with wealthy parents, all young workers face challenging situations, but for many young Malaysians, our quiet heroes, they continue with the business of life, improving themselves and our country.

I could go on, but in all honesty, I have a job to do. Spending too much time on blogs such as these, distracts the Ministry of Foreign Affairs from its important job of defending the nation’s interest. Were I to spend too much time on it, I would not do justice to the very many hardworking, creative and patriotic people at Wisma Putra, whom I have known and cherished in all the years I have had the honour to serve as “FM” – foreign minister...