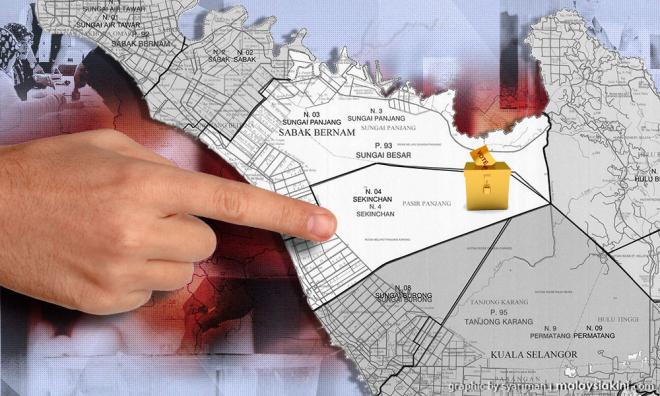 Wrong for court to throw out Selangor’s appeal on redelineation

COMMENT | The rationale used by the Court of Appeal to reject Selangor government’s appeal on the unconstitutionality of the Election Commission’s (EC) redelineation exercise is flawed.

The court had contended that grievances of malapportionment and gerrymandering are not amenable to judicial review because complainants can raise such objections at the local inquiry.

This argument is wrong, because the appellant’s complaint is not about local grievances affecting certain constituencies but on the constitutionality of the fundamental principle employed by the EC in carrying out its redelineation exercise, in this case, the most important principle that forms the very foundation of parliamentary democracy that the Federal Constitution is based on – the principle of one man, one vote, one value.

And this principle is clearly spelled out in Section 2(C) of the Thirteenth Schedule of the Federation Constitution, where it is stated, and I quote, “…The numbers of electors within each constituency in a State ought to be equal”.

But what the EC has done in its redelineation exercise is to worsen the already horrible disproportionality among the constituencies in the current electoral roll (in some cases, as bad as one to four), thus not only making a complete mockery of Section 2(C), but also dismantled the very foundation of the parliamentary system of polity of this nation.

No country in the world can claim itself to be a democracy if its judiciary is not empowered to correct such wanton trampling of the basic principle of democracy, which in our case, is clearly stated in our Constitution.

In delivering the judgment, Justice Vernon Ong also dismissed complaints on the many irregularities and improprieties regarding the electoral roll used by the EC to carry out its redelineation exercise by using the ouster clause of Section 9A of the Elections Act 1958, which prohibits any judicial review once an electoral roll is gazetted.

Such reference of Section 9A by Justice Ong is wholly misplaced as the complaint is not about the legality of any gazetted electoral roll, but the unconstitutionality of using the wrong electoral roll, and a defective one at that, thus breaching Section 3 of the Thirteenth Schedule.

The Selangor government should not hesitate to appeal urgently against this Court of Appeal judgment.

It should also seek an urgent court injunction to stop the EC from using this unconstitutional redelineation report to finalise or even gazette a new electoral roll.

Should a new electoral roll be gazetted while court litigation is still on-going, apply for an injunction to stop any election based on this unconstitutional electoral roll.

KIM QUEK is the author of the banned book ‘The March to Putrajaya’ and best seller ‘Where to, Malaysia?’.