The Dewan Negara today passed the Anti-Fake News Bill 2018, which represents a serious move by the government to check the dissemination of 'fake news' brought on by the development of modern technology.

Dewan Negara president SA Vigneswaran announced that the bill was passed by a majority voice vote after 17 senators spoke during the debate on it.

Minister in the Prime Minister’s Department Azalina Othman Said, who tabled the bill earlier today, said during the winding-up of the debate that the government’s move to introduce the law would not restrict freedom of speech, as it was only aimed at checking the dissemination of fake news.

She said that despite the existence of several relevant laws, it had been difficult to effectively and swiftly control the dissemination of fake news until today, due to the rapid and complex development of information technology.

"The laws often cited in this matter, such as the Penal Code, Printing Presses and Publications Act 1984 and the Communications and Multimedia Act 1998, had been enacted in the 1990s or earlier, and are unable to address the complex nature of the offences in line with the advancement of current technology,” she said.

Azalina said the move to table the bill at the current session of Parliament was in accordance with the parliamentary calendar.

"People have asked why the bill was tabled now.

"However, everyone knows when the general election has to be held, so the people are looking at the coincidence. In fact, the tabling of the bill was inserted in the calendars of the current sessions of the Dewan Rakyat and Dewan Negara, that is in March and April,” she said. 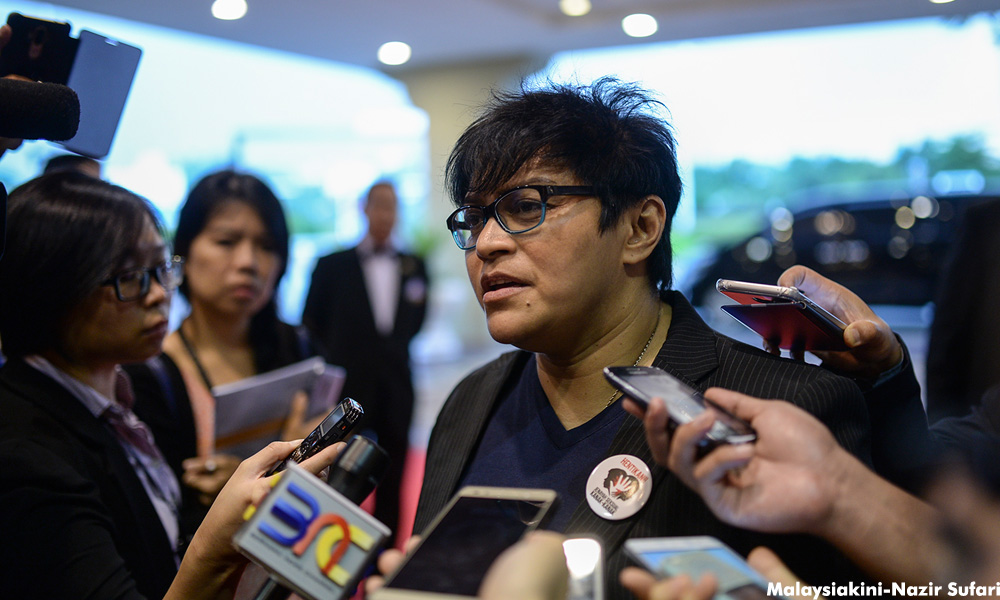 Azalina (photo) also said that the bill would provide a clear message that the government would not compromise on the dissemination of fake news which could be detrimental to public order or the country.

She said the law was people-oriented and was for all.

"I will also like to stress that the bill is quasi-criminal in the sense that while stating the offences relating to fake news, it also gives everyone the opportunity to obtain protection from the dissemination of fake news through a court order.

"The move (to introduce the law) is also in line with what the Yang di-Pertuan Agong said, that the dissemination of fake news must be checked because it will have a negative influence on the people,” she said.

During the debate, senator Lucas Umbul said it was important to have an anti-fake news law to ensure that the country was protected from political and economic threats which could ultimately undermine democracy.

He said the issue of fake news had become a global crisis because many countries were subjected to fake news on terrorism.

“The Anti-Fake News Bill 2018 is more of a preventive nature, where it is better to prevent any catastrophe,” he said.

Senator S Ananthan said the dissemination of fake news was not seasonal, like before a general election, but it had been going on for a long time and the only difference was that the mode of dissemination had changed over time.

He said the rapid and intensive growth of communication technology allowed for the speedy dissemination of news, including fake news.

Senator Nuing Jeluing, meanwhile, cautioned that the law should not be abused by anyone so as to maintain national harmony and well-being.

Also expressing support for the bill, he said fake news could have a negative effect on the victim as well as the country.

Senator Farahiyah Nordin said the anti-fake news law should be enforced immediately to curb the dissemination of fake news, which could undermine national harmony, the integrity of institutions and the dignity of individuals.

"The bill that we debate today does not benefit only BN,” she said, adding that action could be taken regardless of whether the fake news was generated by individuals, government officers or institutions or political party leaders and members.

The Dewan Rakyat passed the bill yesterday with two amendments, replacing the word “knowingly” with “maliciously” in the bill, and reducing the maximum jail term from 10 years to six.

The bill defines fake news as “any news, information, data and reports which is, or are, wholly or partly false whether in the form of features, visuals or audio recordings or in any other form capable of suggesting words or ideas.”

Read more from this author :
Bernama
Read more like this :
#antifakenewsbill
#fakenews
View Comments
Most Read
Most Commented
Most Recent