GE14 polls on Wednesday, May 9

GE14 | Election Commission chairperson Mohd Hashim Abdullah announced May 9 (Wednesday) as the polling date for the 14th general election while the nomination of candidates will take place on April 28.

The campaigning period will be for 11 days.

The announcement was made at the EC headquarters in Putrajaya this morning.

Caretaker Prime Minister Najib Abdul Razak had announced the dissolution of Parliament on April 7, after receiving the Yang di-Pertuan Agong's consent, to pave the way for the “mother of all polls” in Malaysia.

According to the law, the general election must be held within 60 days from the date of Parliament's dissolution.

Apart from determining the federal government, the election would also see the parties battling for the control of all states, except Sarawak.

The Sarawak state assembly would not be dissolved as the last state election was held in 2016.

The coming general election will see contests for 222 parliamentary and 505 state seats.

Mohd Hashim also announced that the electoral roll used for GE14 will be from Q4 of 2017, which consists of 14,940,624 registered voters.

The electoral roll will be available for sale on April 16, 2018.

Voters can also check their voting status on the EC website or through the mobile application MySPR Semak or by calling 03-88927018, or by texting 15888, starting April 16.

Mohd Hashim also announced that the EC has invited 15 countries as international observers for GE14, albeit with scant details.

The observers, he said, would be able to observe the nomination on April 28, as well as the early voting processes, voting centres and tallying centres.

He did not state if their findings would be made public.

Of those countries, only India, Australia, New Zealand and Timor-Leste are considered “free” democracies by the latest Freedom House report. 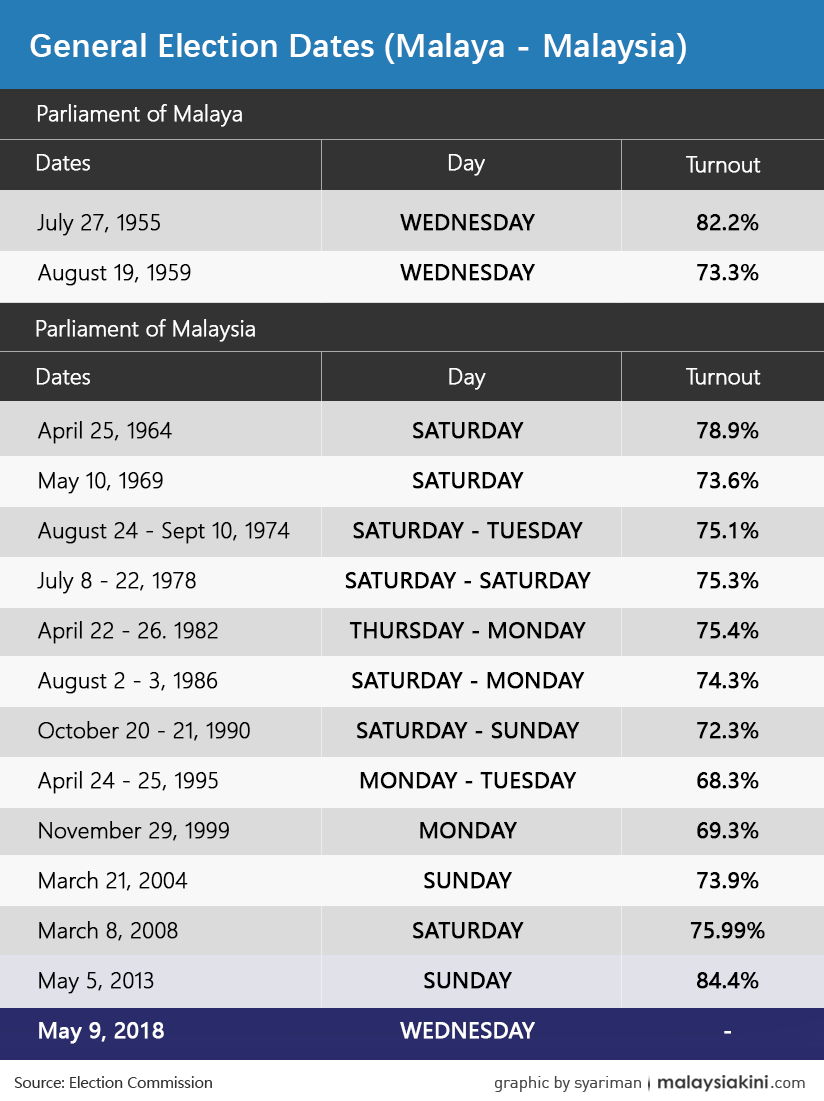 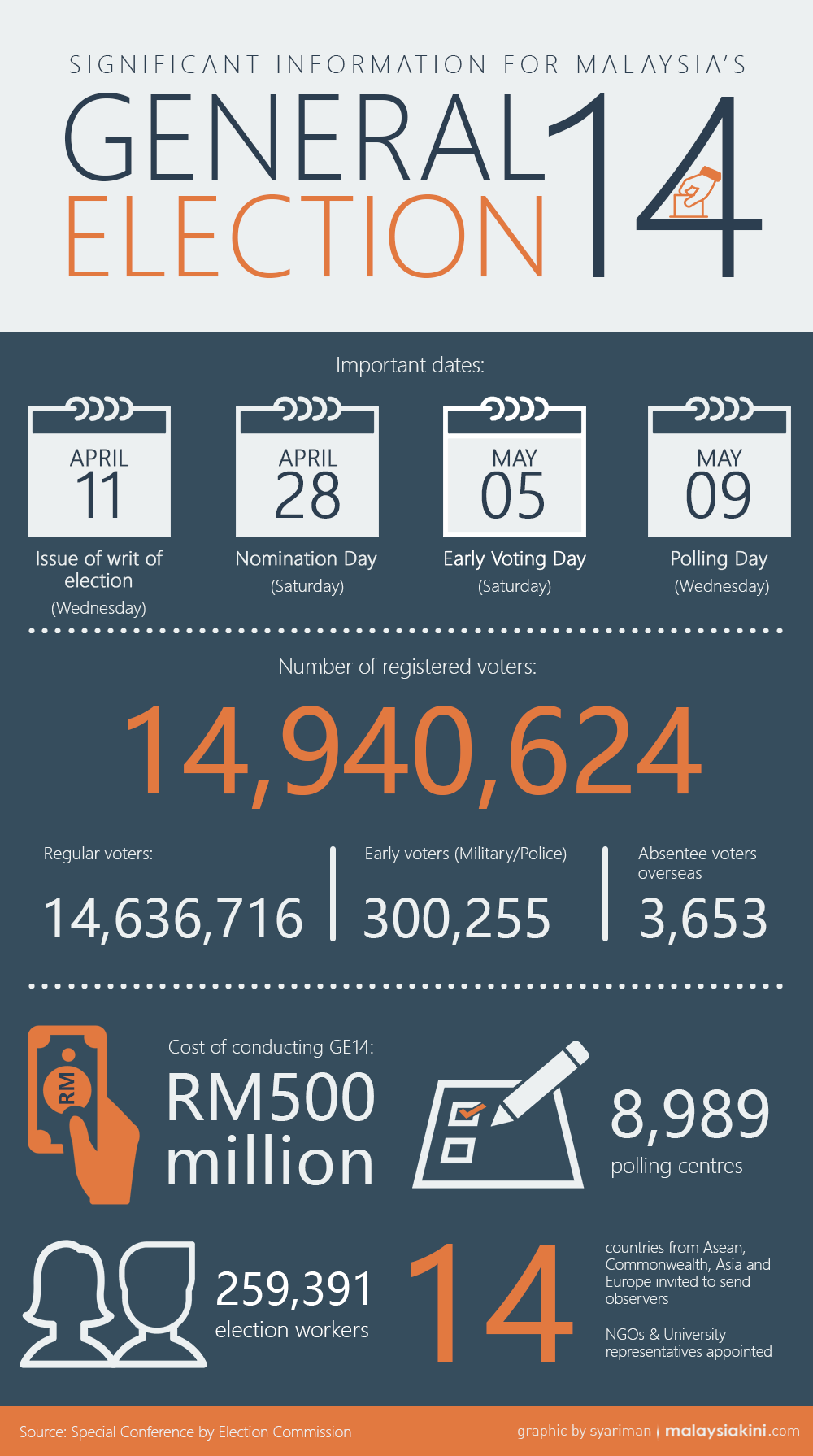