Following the South Jakarta District Court decision yesterday to invalidate the seizure of the superyacht Equanimity, parties to the dispute are set to argue over what happens next in the US.

A date for the hearing has been for the afternoon of April 30 at the California Central District Court which will be presided over by District Judge Dale S Fischer.

In a court filing dated yesterday filed within hours of the Indonesian decision, the lawyers for the vessel’s registered owner Equanimity (Cayman) Ltd argued that the US government should not be given protective custody of the vessel in light of verdict.

“The (US) government asks the court to make this ‘custodianship’ appointment even in the complete absence of lawful cooperation by foreign authorities and without regard to a foreign sovereign nation’s laws and court orders.

“There is no precedent, and tellingly the government cites none, for the court-mandated compulsion the government seeks: to force lawful owners of foreign property affirmatively to deliver their property, located abroad, into the hands of the government, even where no arrest warrant in rem for that property was lawfully executed,” said the Equanimity Ltd’s counsel Naeun Rim.

She warned that if the California court rules in the DOJ’s favour, it would incentivise the US government conduct improper seizures that flout US laws that require warrants for such seizures to be served “in accordance to any treaty or other international agreement”, as well as domestic law in foreign jurisdictions.

This would allow the US government to “manufacture” the service of warrants through casual contacts with local authorities, instead of through the proper channels.

“Taken to its logical end, the government’s position would countenance operations whereby the government sneaks into sovereign nations without proper approval by the proper foreign central authorities, tapes domestic warrants (which have no effect in those countries) to foreign assets, and then demands that the property owners bring those assets to the US or otherwise be deemed to have obstructed US proceedings.

“This should not - cannot - be how the US conducts itself abroad by flouting foreign law and ignoring binding decisions of foreign courts knowing that it will not face any ramifications for its conduct but will instead be rewarded in its ‘home’ court,” she argued.

The DOJ is seeking protective custody of the Equanimity, which it is seizing as part of a series of 1MDB-related civil forfeiture suits.

It claims that the US$250 million vessel was bought using the proceeds of the misappropriation at 1MDB that had been funnelled through the US financial system and that the vessel is beneficially owned by the Penang-born tycoon Low Taek Jho also known as Jho Low.

For the record, Low had denounced the accusations against him as being politically- motivated, whereas 1MDB had said that its money has not gone missing.

The DOJ is seeking protective custody of the vessel in order to bring it to the US for sale, while the civil forfeiture suit is still pending in court. It claimed that the existing crew cannot be trusted to do so as it had previously frustrated DOJ’s attempts to seize the vessel. 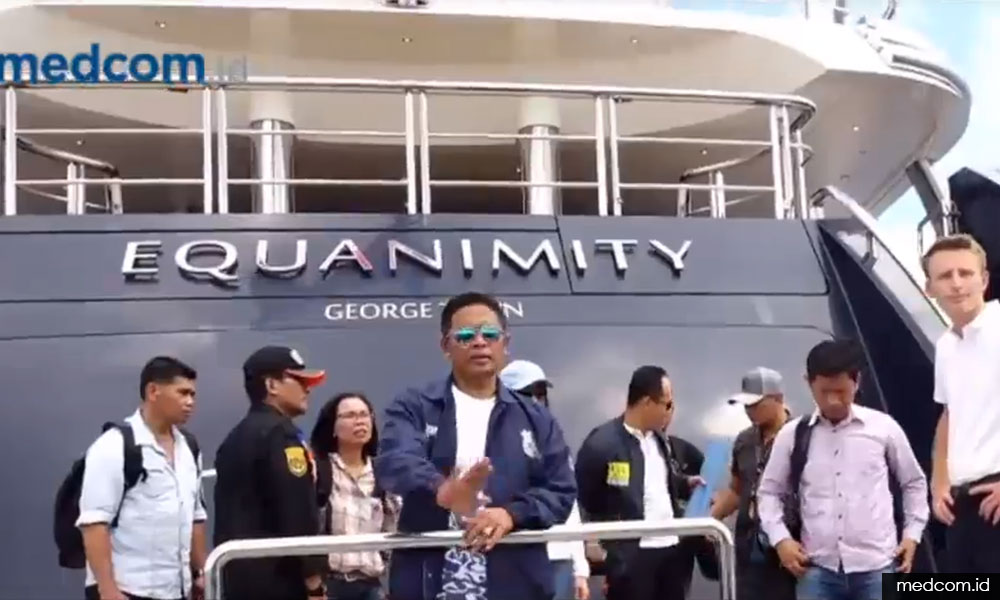 A day before the South Jakarta court’s verdict, DOJ Money Laundering and Asset Recovery Section (International Unit) deputy chief Woo S Lee urged the California court to grant custody of the Equanimity to the US if the Indonesian court rules in the claimant’s favour.

Lee argued that a properly served US warrant does not become invalid simply because it was seized by a foreign government in violation of its own laws.

The South Jakarta District Court yesterday ruled that the seizure conducted by the Indonesian police on Feb 28 was invalid because proper procedures were not followed.

It ruled that the US government’s request to help seize the vessel should have gone through the Ministry of Law and Human Rights as required by Indonesian laws on mutual legal assistance requests, not directly through the Indonesian police as what transpired.

The pre-trial decision cannot be appealed and is effective immediately. The DOJ had declined to comment on the Indonesian verdict when contacted by Malaysiakini last night and instead pointed to its previous court filings.

Meanwhile, Rim said in her filing yesterday that Equanimity Ltd will not obstruct the California court nor lawful actions taken by the US government.

She said Equanimity Ltd will continue to discuss with the US government on the means to fetch the best price for the Equanimity’s interlocutory sale, and it will not move the vessel out of Indonesian waters without advance notice to the US government.

“And, as it always has been, the defendant's asset shall remain trackable throughout that process,” she said.

She said the Indonesian verdict yesterday shows that there is merit Equanimity Ltd’s claims and it is entitled to its right of redress in Indonesia as opposed to DOJ’ claims that the claims are meant to frustrate its attempts to seize the vessel.

The claimants had previously filed submissions arguing that the US government lacks the expertise to manage and sell an asset a “complex” as the Equanimity and handing it over would devalue the vessel.

The claimants had also argued in favour of selling the vessel in the Mediterranean market instead of the US plan to sell it in the N American market.