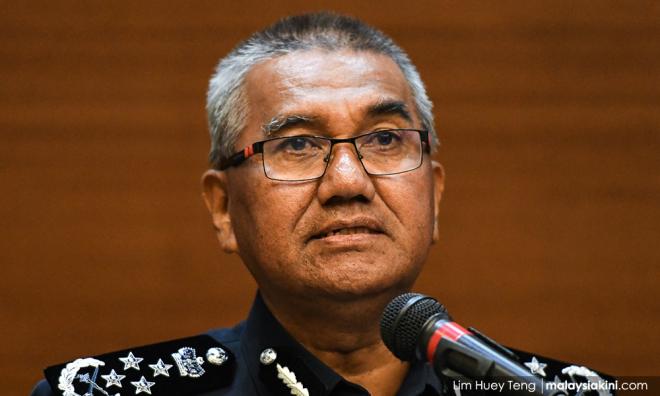 GE14 | Inspector-general of police Mohamad Fuzi Harun has denied claims that his men had attempted to prevent PKR's candidate for the Rantau state seat in Negeri Sembilan from filing his nomination papers this morning.

Negeri Sembilan caretaker menteri besar Mohamad Hasan won the Rantau seat uncontested after PKR's S Streram was denied entry into the nomination centre as he did not have his Election Commission tag.

"From the information that I have received, we did not in any way prevent the candidate.

"What we did was we acted on EC's request for assistance... So whatever allegations made against us are baseless and untrue," Fuzi told a press conference this afternoon.

He was responding to PKR vice-president Rafizi Ramli who earlier today claimed that police and EC officers had deliberately prevented Streram from filing his nomination papers until 10.03am, several minutes after the nomination period was closed.

Asked whether the police would be summoning Rafizi for his "false claims", Fuzi said: "That depends on the situation.

"If he continues to say that we are responsible, then we will not remain silent. We will take stern actions against the individuals."

Fuzi added that there have so far been no major incidents recorded throughout the nominations process which ended at 10am this morning.