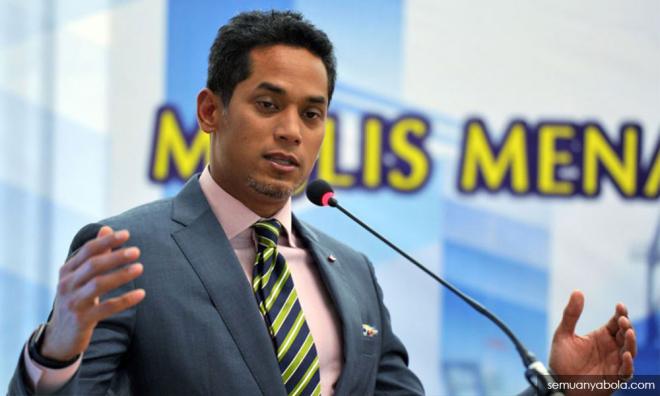 GE14 | BN Youth chairperson Khairy Jamaluddin is planning to take legal action against PKR vice-president Rafizi Ramli over the latter’s alleged remark that he had conspired and was responsible for the Election Commission’s decision in preventing PKR candidate Dr S Streram to enter the nomination centre at the Seri Rembau Hall yesterday.

Khairy said Rafizi had made many unpleasant remarks about him before and got away with it, but he would not let the former Pandan MP off the hook this time around as this involved the integrity of the 14th general election.

Khairy, who is also Umno Youth chief and BN candidate for the Rembau parliamentary seat in the GE14, said the action by Rafizi in making baseless accusation and spreading false news via his Facebook and Twitter accounts was an offence under the Anti-Fake News Act 2018.

“I will take action against Rafizi... This is a serious matter (as) I am an election candidate. This is about the credibility of the election in Rembau and I'm going to drag him to court.

“I want him to be brought to justice because he has many defamation cases, and the latest being the (Streram’s) case in Rantau... Let the court decide,” he told reporters at the Sekolah Jenis Kebangsaan (Cina) Chung Hua’s Sports Day in Seremban today.

Khairy said his lawyer would file a letter of demand to Rafizi to withdraw his statements.

“If Rafizi does not retract the defamatory remarks he made against me, then I will file a defamation suit against him,” he said.

Khairy said Rafizi had also allegedly raised racial sentiment among the Indian voters in the state and Rembau parliamentary seat by saying that a candidate from the minority was rejected to contest in the GE14, and inciting the voters to rise as a “revenge” to BN.

“This is an extremely irresponsible act... playing with racial sentiment. PKR is said to be a multiracial party but yesterday, Rafizi proved that he had been a politician who is willing to bank on racial sentiment.

“As such, I hope that the Indians will not easily fall for this racial game from PKR and continue to support me and other BN candidates in the state and Rembau parliamentary constituency for my service to the constituents,” he added.

Mohamad won the Rantau state seat after Streram was not allowed to enter the nomination centre to file his papers as he forgot to bring his candidate’s pass as required by the EC.